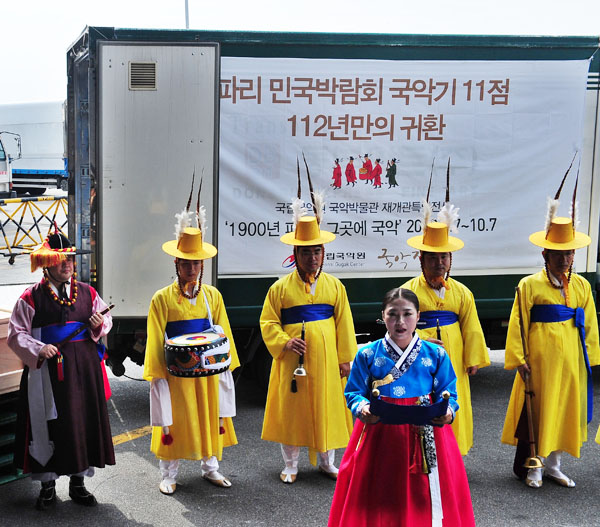 After being left in Paris for 112 years, 11 Korean traditional music instruments finally returned home yesterday. The musical instruments, including geomungo (six-stringed Korea zither), haegeum (a vertical fiddle with two strings) and danso (a small notched vertical bamboo flute), were sent in April of 1900 to Paris from the Joseon Dynasty (1392-1910) for an exposition, but did not make their way back home. The instruments are still in storage and will be displayed on Aug. 7 at the National Museum of Traditional Music in Seocho District, southern Seoul. [NEWSIS]