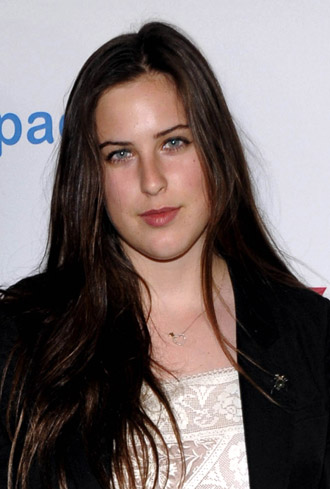 NEW YORK - Scout Willis, the daughter of Demi Moore and Bruce Willis, can do community service to resolve her public-drinking and fake-ID case, a judge said Tuesday. Willis, who is now 21, was excused from court as a Manhattan judge agreed to dismiss her misdemeanor case if she does two days of service.

She didn’t have to enter a plea in the case, which took a curious detour into the Pakistani beer industry.

The Manhattan district attorney’s office declined to comment. The arrangement in Willis’ case, technically known as an adjournment in contemplation of dismissal, is often offered to defendants in first-time misdemeanor cases.

The Brown University student was arrested June 4. A court complaint said she was sipping an eight-ounce can of “Pakistani beer’’ in Manhattan’s Union Square in violation of an open-container law.

Willis, who was then 20, also gave police an ID with the name Katherine Kelly before ultimately showing her real ID, according to a criminal complaint. Those allegations led to a misdemeanor impersonation charge.

Richman took aim at the charges in court papers earlier this month, saying she had contacted Pakistan’s sole brewery and found it didn’t make an eight-ounce can of any alcoholic beverage and didn’t have permission to export products to the United States. 