Wooyoung says he suffered burns from bleaching his hair

Wooyoung says he suffered burns from bleaching his hair 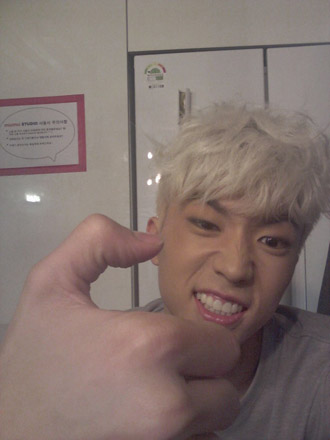 2PM’s Wooyoung revealed that a battle can’t be won without battle scars. The boy band member revealed on KBS2’s “1 vs. 100,” that in order to achieve his new platinum blonde hairdo, he had to suffer the burning pain of peroxide 15 times.

“I thought that two times would suffice, but it wasn’t so,” said Wooyoung who claimed that he suffered burns from the ordeal on the TV show that aired on July 31.

“As I got ready for my transformation, I took the time to treat my head with ointment,” Wooyoung explained.
“When the scabs fell off, I was ready.”

In June, as Wooyoung geared himself up for the release of his debut solo album, he underwent a drastic makeover.
Wooyoung underwent grueling physical training and followed a strict diet in a bid to promote himself as the “man Wooyoung” instead of relying on his identity as a boy band member.
His efforts paid off as he featured on the cover of Men’s Health; he was the fourth member of his band to do so.
By Carla Sunwoo [carlasunwoo@joongang.co.kr]