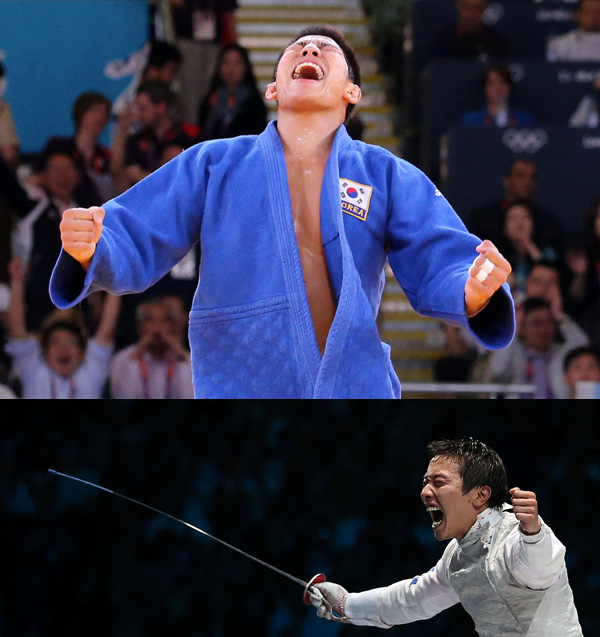 Top: Kim Jae-bum reacts after defeating Germany’s Ole Bischof for a gold medal in the men’s 81-kilogram judo event at the 2012 Summer Olympics in London early yesterday morning KST. His medal is Team Korea’s third gold at the 2012 London Games and its first in judo.

Above: Choi Byung-chul reacts after defeating Andrea Baldini of Italy during the bronze medal bout in the men’s fencing foil individual event. It is Korea’s first medal in fencing at the London Olympics, which comes after Shin A-lam, a female fencer, lost a chance to advance to the final in the individual epee due to controversial clock management. The International Fencing Federation has offered her a special medal for her “aspiration to win.” See the related story on Page 7. [YONHAP]