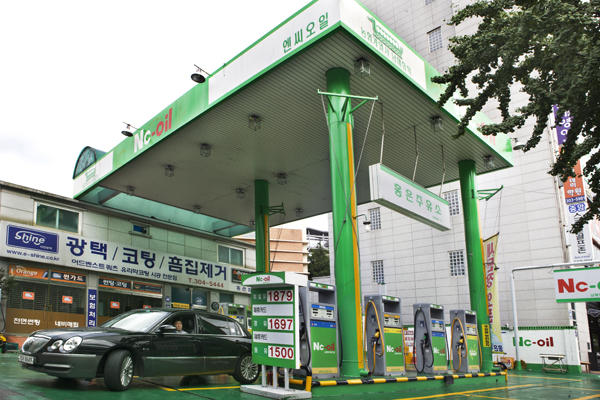 A gas station in Hongeun-dong, Seodaemun District, northwestern Seoul, is not affiliated with any of the nation’s four oil refineries. There are 1,175 independent gas stations across the country, and since they have diverse supplies of products, they can offer lower pump prices. They can get supplies from refiners, local petro-products traders, the online oil market or by importing from overseas. By Park Sang-moon


As gas prices fluctuated widely in recent years, the number of gas stations not affiliated with a local oil refiners has increased.

Independent stations can mix and match fuels through negotiations with a variety of suppliers, and their pump prices are normally lower than stations affiliated with one of the four local refiners.

“Because they can get supply from refiners, local petro-products traders, the online oil market or imports from overseas, their diverse supply portfolio lowers the selling price,” said one government official related to the industry.

The average gas price last month at a station affiliated with SK Energy was 1,912.57 won ($1.70) per liter. An unaffiliated station sold a liter of gas for 1,877.84 won. Stations affiliated with the three other refineries had selling prices in between those figures, according to the Korea National Oil Corporation.

According to statistics by the Korea Institute of Petroleum Management, 4.6 percent of all independent gas stations were caught selling fake gasoline from 2006 to 2011. Affiliated stations were much less likely to sell the fake stuff.

And when an affiliated station is caught for selling fake products, it’s not uncommon for him to go independent after that, Jo said.

“To keep the image of a company clean and safe, large oil refiners tend to cut their contracts with the gas stations that are caught for illegal actions,” Jo said.

Independent stations got a little publicity Wednesday when a lawmaker argued that they sold gas at cheaper prices last month than the altteul, or thrift gas stations introduced last year to break the oligopoly in the oil industry in Korea.

The Ministry of Knowledge Economy said that was a temporary fluke.