Jackson’s sibling claims will is a fake

Jackson’s sibling claims will is a fake 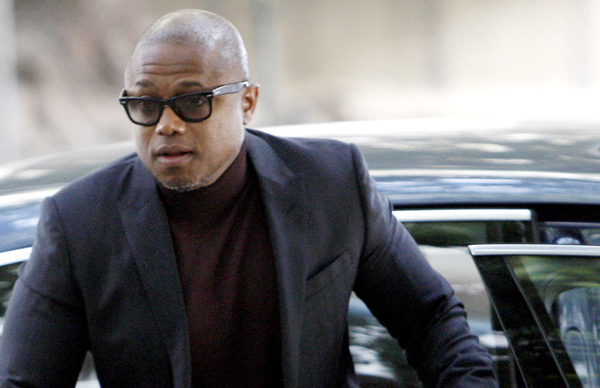 LOS ANGELES - More than three years after Michael Jackson’s death, his youngest brother continues to raise questions about the validity of the pop superstar’s will.

On Twitter and cable TV, Randy Jackson has called the five-page document signed in 2002 a fake. The one place he hasn’t made the claims is a courtroom, where legal experts say he faces almost insurmountable hurdles to invalidate the will and stiff odds against ousting the men who run the lucrative estate.

In a recent letter, Randy Jackson and three of his siblings called on Jackson’s estate executors to resign and renewed claims that the will is a fake.

The letter states the family was too overwhelmed after the singer’s death to meaningfully challenge the will that gave only family matriarch Katherine Jackson and Michael’s three children - Prince, 15, Paris, 14, and Blanket, 10 - a stake in the estate.

“At that time we couldn’t possibly fathom what is so obvious to us now: that the Will, without question, it’s Fake, Flawed and Fraudulent,’’ the letter originally signed by Randy, Jermaine, Janet and Rebbie Jackson states.

On Wednesday, Jermaine Jackson rescinded his support for the letter and said it never should have been made public.

The delayed challenge likely dooms any effort to invalidate the will. Even if it was thrown out, it would not alter the stake received by the King of Pop’s three children, experts say and an appeals court has noted.

Randy Jackson has since posted on Twitter that he believes the estate is trying to isolate his mother to the detriment of her health. 