Joo Won gets replenished by IV drip during filming

Joo Won gets replenished by IV drip during filming 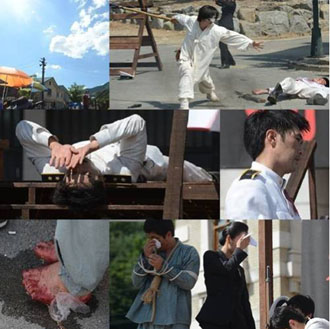 In the continuing heat wave in Seoul, actor Joo Won has shown that he’s made of tough stuff by persevering through outdoor filming of the drama “Bridal Mask.” While working in the intense heat, Joo and other cast members were reportedly placed on IV drips to counter fluid loss.

Captures of Joo at an outdoor location began circulating on Aug. 2 in which he was seen soldering on despite the sweltering heat as the mercury dips into the high 30s Celsius. The 24-year-old actor, who is starring in the current hit KBS drama, said that he expected the worst when he turned up on the set.

“I braced myself for it, but still, it’s really hot out,” said Joo who also asked viewers to show their support by tuning into the program which is airing despite the Olympic Games. A lot of other dramas have opted to take a break during the Games.