Nichkhun comes to an agreement with crash victim

Nichkhun comes to an agreement with crash victim 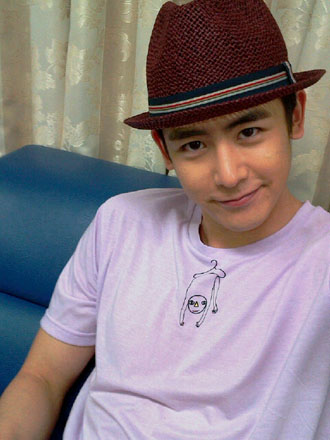 Nichkhun has come to a settlement agreement with the motorcyclist that he hit while driving under the influence.
According to OSEN on Aug.2, the 2PM member and the motorcyclist who was hit by an intoxicated Nichkhun on July 24 came to settle the matter on July 31.

Since the fiasco, the Thai-American boy band member has expressed his repentance online while staying away from the limelight.
“I would like to write this letter of apology for such an irresponsible act … I have betrayed the ones who have given me their love and support, the love and support I don't deserve with such a behavior. I feel the need to take some time off to rethink about my action and myself,” Nichkhun said via Twitter on July 25 — his only post since the incident.

At the time of the incident, Nichkhun had a blood alcohol level of 0.056. His driver’s license has been revoked.
By Carla Sunwoo [carlasunwoo@joongang.co.kr]