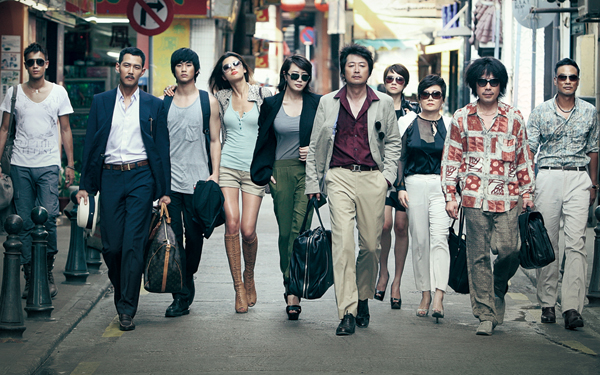 Eight days after being released, “The Thieves” has set a box office record of more than four million viewers.

According to statistics released by the Korea Film Council on Wednesday, the movie starring some of Korea’s hottest talents - from Kim Soo-hyun to Kim Hye-su - has been seen by 4,365,090 people.

“The Thieves” has become the Korean film to draw the largest audience in the shortest time, similar to the sci-fi action films “The Host” (2006) and “D-War” (2007).

“Despite the fact that the Olympic Games is on, the film is steadily maintaining a top position,” said a spokesperson of the film, adding that “The Thieves” sold more than a million tickets over a two-day stretch.

For the second week in a row, the film is also the most booked movie at the theaters.

The plot centers on a gang assembled in Macau by legendary thief Macao Park (Kim Yoon-seok) to steal a $20 million diamond. The gang works with Hong Kong thieves, but they all plan to keep the diamond for themselves.