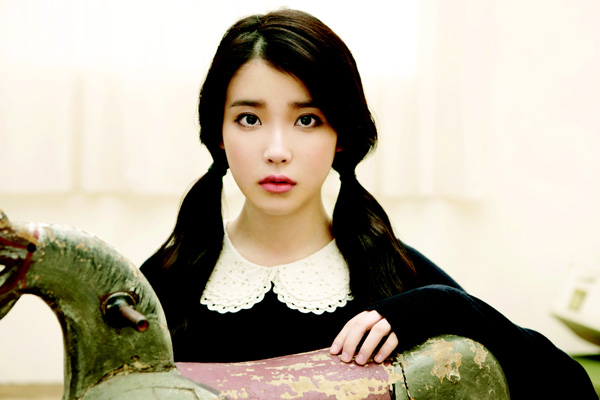 
An official at IU’s agency said she has received many requests for drama appearances.

“We are reviewing about 10 suggestions. We haven’t made any decisions,” said the source.

IU debuted as an actress in 2011 in a television series “Dream High” broadcast by KBS. The drama was especially popular among teenagers, bringing in viewership ratings in the 18 to 20 percent range during its two-month run. Other teen stars like Suzy and Wooyoung of 2PM were cast as well.

After releasing her first single album six months ago in Japan, the 19-year-old star plans to focus on her first solo concert in Japan scheduled for September at Tokyo International Forum A Hall.

Currently, she is in London to cheer on Korea’s national sports team.

According to Japan’s music ranking chart Oricon, IU’s second single, “You and I,” ranks fourth on the daily single chart. IU has recently sought to expand into various areas, participating in dubbing for the 3-D animation flick “Sammy’s Adventures 2”.