Second half will test Koreans’ mettle

Second half will test Koreans’ mettle 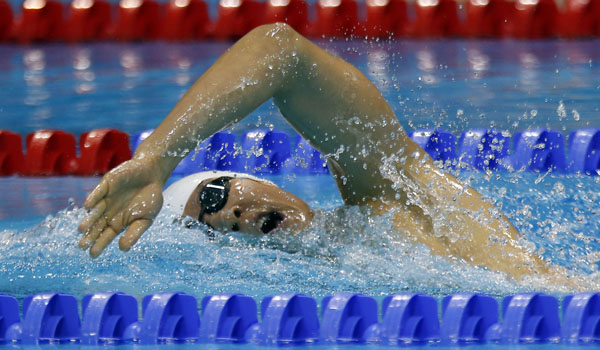 
While the competition has ended for many Korean athletes at the halfway point of the London Olympics, others - like the men’s football team - remain in the hunt for medals.

Swimming icon Park Tae-hwan’s quest to become the first Korean to win three medals at a single Olympics ended yesterday when he finished fourth in the men’s 1,500-meter freestyle. But the 22-year-old will come home with silver medals in the 200- and 400-meter freestyle.

After winning the gold medal at 400 meters at the 2008 Beijing Olympics, Park had his share of frustration in London. On July 28, he was initially disqualified during his 400-meter freestyle qualifying round, but ended up winning silver after officials overturned the ruling.

“It would be a lie if I said I don’t have any regrets from that day,” he said. “There were a lot of happenings in this Olympics, but it will be a precious memory to me.”

Meanwhile, Korean archers finished on a high note. Oh Jin-hyek won the men’s individual competition on Saturday (Korea Standard Time), the first Korean man to do so. It was Korea’s third gold in archery at the London Games.

Korea’s fencing team was stellar, winning two golds, one silver and three bronze medals. The women’s epee fencing team - including Shin A-lam, who lost her semifinal bout to a German due to a timekeeping error - finishing by winning the silver medal yesterday morning.

Track and field events began Saturday, with Korean athletes struggling from the start.

In the men’s 20-kilomter race walk, Kim Hyun-sub finished 17th in 1:21.36 while Byun Young-jun was 31st and Park Chil-sung was disqualified.

In the women’s pole vault, Choi Yun-hee failed to reach final round after finishing 31st in qualifying.

In boxing, medal hopeful Shin Jong-hun in the light flyweight division was eliminated in the round of 16 by Aleksander Aleksandrov of Bulgaria. Lightweight Han Soon-chul is the only remaining Korean boxer with a chance to medal.

Any hope for a medal in field hockey ended with a 3-2 loss to the Netherlands on Saturday that mathematically eliminated the women’s team from contention. 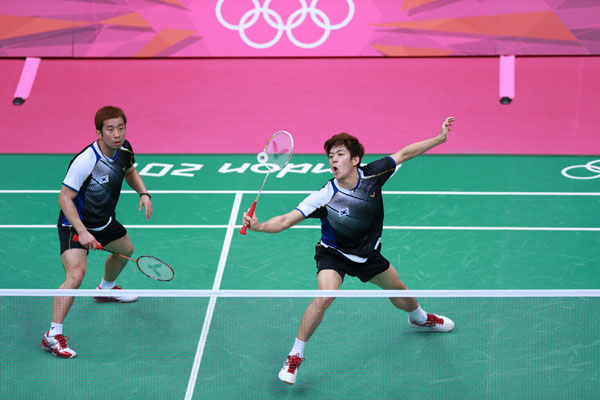 
It was all Korea’s badminton team could do to win one medal.

It was the first time since the 2000 Sydney Olympics that the nation finished the Summer Games without collecting a gold medal in badminton.