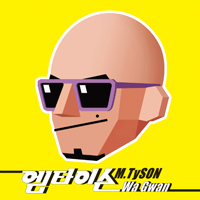 M. Tyson, Korea’s only official artist of the dancehall and reggae genre, has released his first mini-album. With an ultimate desire to incorporate a fun theme and introduce the music of reggae, which is still seen as a “new thing” here, the singer titled the album “Wa Gwan” (a Jamaican saying for “What’s up?”) and chose songs for a wide range of listeners.

Having experience with club music production in New York, M. Tyson knows what it takes to get people to groove to the music and his skill definitely shows in the title song, “Lion King,” where the bounce of the music proves it is THE reggae song to chill out with this summer. The fifth track of the album, “Goodoo (For My Father),” is a lyrical present for the 60th birthday of the singer’s father and is about the ups and downs the father and son had been through while M. Tyson was training himself to become a musician.

M. Tyson’s skill in album production and composition has not only been recognized nationwide but admired internationally, especially after he spread the trend of the “dubstep,” a reggae-inspired dance move. 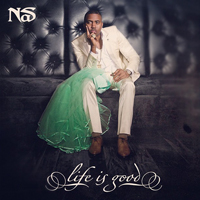 On the cover of his 10th album, “Life Is Good,” the urban troubadour known as Nas is dressed in a white suit, glumly holding his ex-wife Keli’s green wedding dress - the only thing left behind after the couple’s publicly acrimonious divorce. By way of his art, Nas both washes his laundry in public and shows he has moved on.

Producers No I.D. and Salaam Remi give this very personal record an aura of nostalgia, a throwback to the golden age of hip-hop, by using classic beats. Collaborations with artists like Mary J. Blige, Rick Ross and Swizz Beatz and Nas’ solos arrange themselves into a coherent necklace made of discreet gems. Old mixes with new, noir enters the flow and the lyrics are tinged with both vulnerability and brutality.

Nas is the same master wordsmith as he was when he first bowled over critics with his 1994 debut “Illmatic.” He tackles thug life, chrematistics and the pursuit of status, yet shows signs of growth by considering more personal topics like parenthood, love and his relationship with his celebrity. 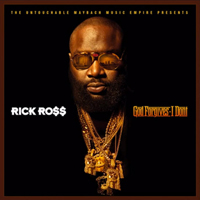 Throughout his career, Rick Ross has declared himself a “bawse.’’ On his latest album, “God Forgives, I Don’t,’’ the Miami rapper continues to live up to his catchphrase, proving he’s one of the top bosses not just in hip-hop, but in music period.

His fifth solo album in six years is loaded with undeniable quality tunes, making his new offering his most well-balanced piece of work to date. It’s clear that the burly, bearded Ross - who normally dons black shades - has made strides as a lyricist and storyteller.

His husky voice is full of bravado with eloquence that is easy to digest. He stays in his familiar lane, rapping about grimy street life, his large stash of cash, luxury cars, women and his rise from rags to riches.

But what makes Ross special on “God Forgives’’ is his colorful perspective. That is certainly evident on “Pirates’’ where he raps, “Fascination with fortune afford me mansion and Porsches, panoramas, abortions, marijuana imported, dreams of getting cream and never to be extorted, seen so many things be preposterous not to record it.’’ AP