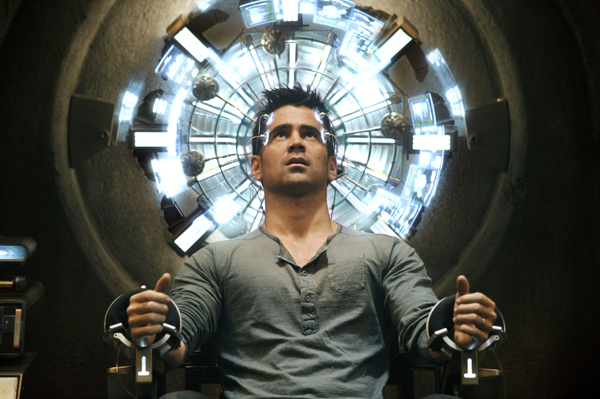 The years haven’t been kind to Douglas Hauser, the secret agent character played by both Arnold Schwarzenegger and Colin Farrell in versions of the futuristic action film “Total Recall” released 22 years apart. The release of the modern-day version of the film on Friday by Sony Pictures Entertainment, scarcely outsold the 1990 version that featured Schwarzenegger and Sharon Stone, despite playing in 1,500 more theaters and at a time when ticket prices are higher.

The rebooted version, which stars Farrell as a dispirited worker who has lost his memory of being a secret agent, generated $26 million this weekend at the U.S. and Canadian box offices, according to Hollywod.com’s box office division.

The tragedy surrounding Warner Brothers’ “The Dark Knight Rises” may also have affected the box office take for “Total Recall,” figures Dergaraberian, as some may have stayed away during its first two weeks in theatres for fear of a repeat of the shootings during a midnight showing of the new Batman film in Aurora, Colorado.

“Total Recall” was also released during a weekend of heavy viewing of the Olympic games on NBC.

Whatever the reasons, Sony Pictures Entertainment spent an estimated $138 million for the rebooted version of the movie, which also stars Jessica Beal and Kate Beckinsale, according to the movie web site IMDB.

That’s about half what it cost to make “The Dark Knight Rises” but also about half the $65 million it cost the now defunct Carolco Pictures to make the original “Total Recall,” which was distributed by Sony. That film went on to gross $119.4 million.