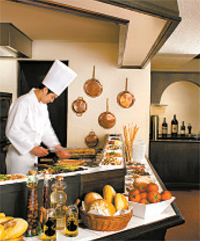 To Aug. 26: The hotel’s Italian restaurant, Toscana, is offering a special weekend menu in which guest can choose two of eight dishes, include six types of pasta. 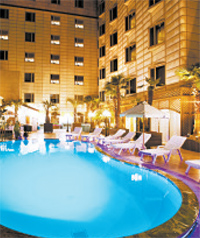 To Aug. 31: The outdoor swimming pool will be open for “Night Pool,” from 7-11 p.m., and barbecue and sandwich dishes will be available.

Admission for adults is 32,500 won and 16,500 won for children, including tax and service charge.

To Aug. 31: The Cafe buffet restaurant is offering free admission for children aged 13 and under when accompanied by an adult. 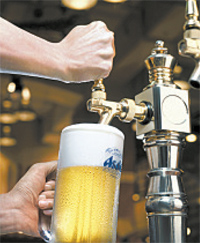 Two afternoon tea set menus - the Royal English Tea Set and the Champagne Afternoon Tea Set - are available with pastries prepared by Michelin Chef Pierre Gagnaire. The pastry chef from Pierre Gagnaire restaurant in Paris has also worked for the luxury hotel chain Dorchester Collection and was responsible for the tea time of Dorchester London, serving more than 200 guests on a daily basis.

The Royal English Tea Set offers a choice of coffee or tea, served hot or iced, and costs 35,000 won. The Champagne Afternoon Tea Set includes a glass of champagne and is priced at 45,000 won.

Prices do not include tax or service charge.