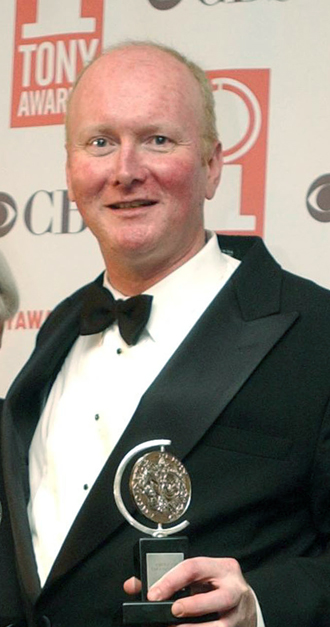 NEW YORK - Mark O’Donnell, the Tony Award-winning writer behind such quirky and clever Broadway shows as “Hairspray and “Cry-Baby,’’ died Monday, his agent said. He was 58.

Jack Tantleff, O’Donnell’s agent at the Paradigm agency, said the writer collapsed in the lobby of his apartment complex on the Upper West Side of Manhattan.

“He was a huge talent, and a warm, witty and wonderful man who marched to his own drummer,’’ Tantleff said.

O’Donnell won the 2003 Tony for best book of a musical for co-writing “Hairspray’’ with Thomas Meehan, and the pair earned Tony nominations in 2008 for doing the same for another John Waters work, “Cry-Baby.’’

O’Donnell was picked to help write the musical version of the 1988 Waters movie “Hairspray’’ because producer Margo Lion felt he “could appreciate Waters’ voice but was idiosyncratic enough to inject his own personality into the piece.’’

The story centers on an overweight white teenager who lives to dance on “The Corny Collins Show,’’ Baltimore’s version of “American Bandstand.’’ She also wants to integrate its all-white environs, and, along the way, be accepted for her full-figured self.

“The structure I had in mind was: Girl does Mash Potato, girl charms Baltimore, girl integrates nation,’’ O’Donnell told The Associated Press in 2002. “My script was like a great Mad magazine article.’’

His other plays include “That’s It, Folks!’’ “Fables for Friends,’’ “The Nice and the Nasty,’’ “Strangers on Earth,’’ “Vertigo Park’’ and the musical “Tots in Tinseltown.’’ AP