Fiat revving up to reclaim market

Fiat revving up to reclaim market 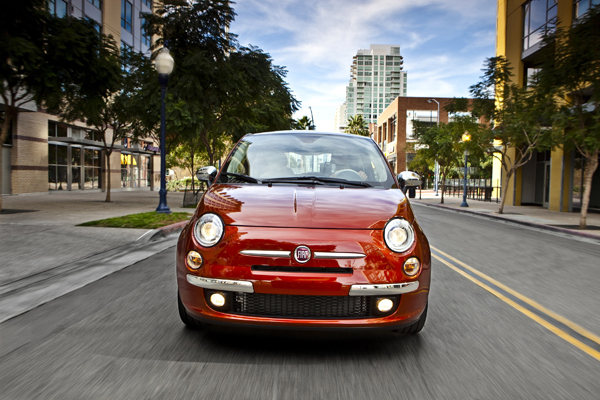 Italian auto giant Fiat will officially start selling its cars in Korea for the first time in 16 years after the group decided to re-enter the market from January.

The group’s Asia-Pacific branch said yesterday that it will introduce three models - the 500, 500C and Freemont - next year in the country. The import and sale of Fiat vehicles will be managed by the Korean unit of U.S. carmaker Chrysler, which fell under Fiat’s umbrella after the former went bankrupt in June 2009. Fiat holds a 53.5 percent share in Chrysler.

“The launch of the Fiat brand in Korea will help our business go one step further in the global market,” said Mike Manley, chief operating officer at the Fiat-Chrysler APAC branch. “Korean customers will meet Fiat models easily through existing networks of Chrysler Korea and will get high quality customer service.”

The carmaker was rumored to be returning to Korea this year, but final approval from group executives came later than expected.

The 113-year-old carmaker from Turin first formed a relationship with Asia Motors in 1971, when the Korean automaker assembled and manufactured its Fiat 124. Kia Motors, which acquired Asia Motors in 1976, also started manufacturing the Fiat 132 from 1979 and sold it here until 1981.

After Kia stopped selling the Fiat 132, the brand’s vehicles were imported by Kumho Group in the late 1980s, and by Hanbo Group in 1996, but shipments were halted in 1997 due to the Asian financial crisis.

There were rumors that Fiats would again be imported in 2008, but the outbreak of the global financial crisis soon put these to rest.

The company is expected to emphasize its presence in Korea with its best-selling model, the 500, a city car that has sold more than 500,000 units globally since it was introduced in 2007. The model is expected to compete with BMW’s Mini Cooper.

The decision to re-enter the Korean market comes as Fiat is beset with financial problems. It posted a second-quarter loss of 184 million euros ($226 million), following a Q1 loss of 170 million euros.

Fiat CEO Sergio Marchionne said recently that the group is reducing its spending in Europe as sales have fallen in the region for a fifth straight year. Its European sales dropped 17 percent in the first half to 456,191 vehicles, according to the European Automobile Manufacturers’ Association.