NCsoft, one of the nation’s leading online game developers, recorded a net loss in the second quarter largely due to corporate restructuring. 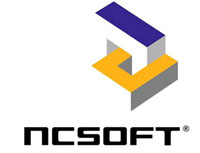 But the company is confident it can execute a turnaround on the back of a number of game titles, including one to be released later this month.

The disappointing financial results come after NCsoft underwent major organizational surgery earlier this year for the first time, including welcoming on board a new majority shareholder.

It announced yesterday an operating loss of 7.6 billion won ($6.7 million) for the April-June period, marking a sharp decline from its 13.7 billion won operating profit in Q1.

However, its sales are already moving in an upward trajectory, having grown nearly 4 percent on-quarter to stand at 146.8 billion won. In explaining the disconnect between revenue and profit, the company cited severance payments to employees who signed up for early retirement between late June and early July, among other factors. Some 400 people, or almost 10 percent of its 3,600 employees, are said to have left the company, costing NCsoft around 15 billion won.

The industry was startled at the news as this is the first time the company has restructured since it was founded in 1998.

Staff received wages equivalent to between six and 12 months, depending on the length of service rendered, and a separate retirement package.

NCsoft said it expects to turn a profit in Q3 once sales pick up for Blade & Soul, a massively multiplayer online role-playing game it released late last month. It also hopes Guild Wars 2, which is scheduled to come out later this month, adds further momentum to sales.

“The severance payments were a one-off, and if these were excluded we would have posted an operating profit of 7 billion won,” said an NCsoft employee. The company does not plan to recruit any new staff this year or make any more serious changes, he added.

NCsoft has been stuck in something of a rut lately due to a lack of engrossing new titles to stir the imaginations of consumers. It took six years for it to develop Blade & Soul.

In the second quarter, sales improved from the previous three months but were still down 12 percent on-year. This suggested a yawning annual deficit as the difference between the first quarters of 2011 and 2012 was slightly less, marking a drop of 9 percent. The game developer has raised investors’ heckles with a number of other changes, including a changing of the guard in terms of its majority shareholder. In June, founder and CEO Kim Taek-jin unloaded 14.7 percent of his 24.7 percent stake to rival Nexon, which sent investors into a flap.

Kim remained tight-lipped about what he plans to do with the 800 billion won he pocketed from the sale, merely adding to investors’ growing anxiety, before admitting late last month that the company would refocus its efforts overseas.

At a seminar in Jeju last month, he said the company was facing its biggest challenge since it was founded 14 years ago, and that foreign titles like Diablo III have been threatening local companies by dominating the market.

“Local game developers have fallen flat,” Kim said, adding that he joined hands with Nexon in hope of expanding overseas. “We plan on assertively targeting overseas markets by drawing on Nexon’s knowhow, as it has accumulated rich experience in launching in foreign markets, including in China.”

The unprecedented level of corporate restructuring paved the way for this move, he added. NCsoft earned 103.2 billion won from the Korean market in Q2, compared to 16.9 billion from Japan, 5.8 billion from North America and 700 million won from Europe.