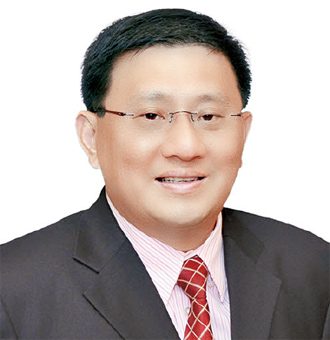 Singapore celebrates its 47th National Day today. Amidst the challenging economic environment, Singapore’s economy continued to grow on a year-on-year basis and the unemployment rate remained low at 2 percent. Our 2012 economic growth forecast remains at between 1 to 3 percent. Singaporeans are, however, cognisant that as a small and open economy, Singapore is susceptible to downturns in the global economy and we will need to take these challenges in our stride.

Singapore has a vision of transforming itself from a “Garden City” into a “City in the Garden,” which will improve the quality of life by introducing oases of peace and quiet into the hustle and bustle of modern city life. As part of this vision, “Gardens by the Bay, Bay South” was officially opened to the public on June 29. Set right in the heart of Singapore’s new downtown, Bay South Gardens houses more than 700,000 plants, including some of the most endangered plants.

Underlining our commitment to equip young Singaporeans with the necessary skill sets to meet the challenges of the next century, we continue to improve our Singapore education system. For example, in the area of higher education, we have expanded the opportunities and diversity of options for Singaporeans to enjoy a quality university education. The Singapore University of Technology and Design, a high quality research-intensive university established in joint collaboration with the Massachusetts Institute of Technology and Zhejiang University, opened its doors to its first cohort of students in April. Singapore’s first liberal arts college, Yale-NUS College, is set to open its doors in 2013. In addition, the Singapore Institute of Technology partners with overseas universities to bring their degrees to Singapore. These changes, along with those taking place at our primary, secondary and post-secondary institutions, will ensure that our students are well-prepared for the future.

Singapore and Korea enjoy excellent relations. Our two countries share many common interests. We believe in the importance of a free and open international trading system and a peaceful and nuclear-free Korean Peninsula. Relations have also been strengthened by the frequent high-level visits made by both countries’ leaders. Prime Minister Lee Hsien Loong visited Seoul in March to participate in the Seoul Nuclear Security Summit. Minister for the Environment and Water Resources Dr. Vivian Balakrishnan visited the Yeosu Expo in May, while Minister for Foreign Affairs and Law K Shanmugam made his introductory visit to Korea in June. Minister of National Defence Kim Kwan-jin visited Singapore in June to participate in the 11th Shangri-La Dialogue.

Korea has strong and long-standing relations with the Association of Southeast Asian Nations (Asean). Asean is currently working toward the establishment of an Asean Community by 2015. A key initiative toward regional integration is the Regional Comprehensive Economic Partnership (RCEP). Asean has agreed to launch negotiations on the RCEP with interested Dialogue Partners at the 21st Asean Summit in November this year, and is heartened by the interest of a number of Dialogue Partners, including Korea.

Asean Connectivity is another area where there is potential to expand Asean-Korea cooperation. Asean is now in the implementation phase of the Master Plan on Asean Connectivity (MPAC). There is much that Korea can contribute to this initiative given its range of technical expertise and resources. To support implementation of the MPAC, Singapore will be co-organising a workshop on Asean Connectivity with the Korean Embassy in Singapore in October to raise awareness among the relevant stakeholders, including the private sector. We look forward to the participation of Korean companies in the workshop.

Our two countries’ economic relations have also flourished over the years. Last year, Korea was Singapore’s eighth-largest trading partner. Bilateral trade increased by 6.1 percent to 46.8 billion Singaporean dollars between 2010 and 2011. We are happy to note that the number of Korean companies based in Singapore has increased to more than 1,000. We welcome more Korean companies to take advantage of Singapore’s pro-business environment and ideal location in the heart of Southeast Asia to expand their regional presence. Southeast Asia has approximately the same population size as the European Union and the third-largest GDP in Asia, after China and Japan.

Opportunities for economic collaboration, however, need not be confined to the bilateral realm. Our two countries’ businesses possess skill sets that are complementary. We can capitalize on this to cooperate on projects in countries like the China-Singapore Suzhou Industrial Park, Sino-Singapore Tianjin Eco-City Project as well as the Sino-Singapore Guangzhou Knowledge City Project in China, the Batam, Bintan, Karimun Special Economic Zone in Indonesia and the Vietnam-Singapore Industrial Park in Vietnam.

We have brought a little part of Singapore into Korea with our early support for and participation in the Yeosu Expo hosted by Korea. With its story of Singapore, including the paradox of how Singapore’s Semakau Landfill is one of the world’s largest offshore landfill and is yet home to 700 types of plants and animal species, the Singapore Pavilion has helped the Korean people to better understand and appreciate an aspect of Singapore’s unique experience. Our two countries are currently in discussions on setting up a Korean Cultural Centre in Singapore. When completed, the centre will help enhance the mutual understanding between our peoples. This will further deepen the existing cultural linkages, which are underpinned by the popularity of Korean pop culture and drama amongst Singaporeans.

With the kind and unwavering support from our Korean friends, I am confident that we can further enhance the existing friendship and cooperation between our two countries. On this note, let me wish all Singaporeans living in Korea Happy National Day and all friends of Singapore a happy and prosperous year ahead.