Requiem for the deceased

Requiem for the deceased 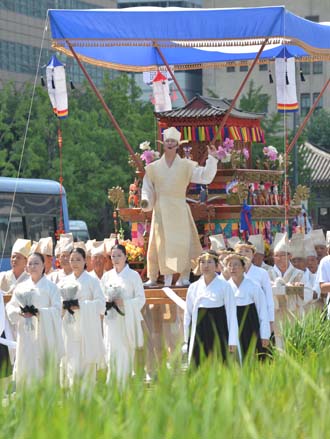 Men and women dressed in funeral clothing carry a decorated bier yesterday from Gwanghwamun Square in central Seoul to the peace statue erected in front of the Japanese Embassy in Jongno District. The event was a requiem for the deceased women who were sexually abused by the Japanese imperial army during World War II as so-called “comfort women.” [NEWSIS]