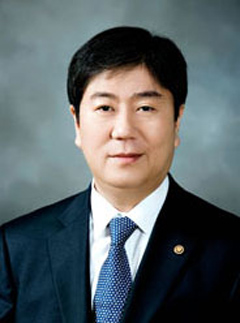 The move is intended to more effectively handle the pending tasks linked to the European economic crisis as Lee’s presidential term draws near its end, Park said.

Kim, a veteran technocrat, joined the Blue House secretariat last year. His expertise in fiscal policy and policy coordination were considered main criteria for asking him to serve in the two posts, the Blue House said.

The move will fill the vacancy of the policy chief after eight months. Since December last year, the office of the presidential chief of staff oversaw the policy coordination, but the workloads increased recently and Lee decided to appoint Kim as policy chief, Park said.

Park also said other adjustments were made in the Blue House. Kim Myung-shik, personnel affairs secretary, will be promoted to senior secretary on personal affairs after serving at the post for four years and six months.

The new media secretary, Im Jae-hyun, was named as the private secretary to the president.

Im has served in the office of the private secretary to Lee and his experience was considered in the appointment, Park said.

The Blue House has no immediate plan to appoint Im’s successor to take over the new media secretary job.

While President Lee carried out the reshuffle, no successor was announced yesterday to fill the vacancy created by the resignation of the senior security aide Kim Tae-hyo.