The chips are up

The chips are up 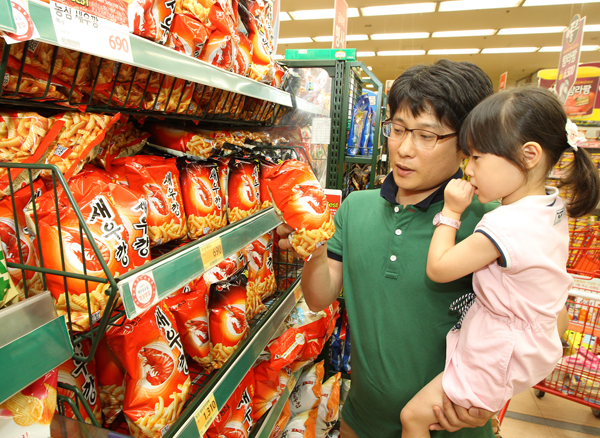 Customers buy Saeukkang, or shrimp-flavored chips, yesterday at Lotte Mart’s Seoul Station branch in central Seoul. Producer Nongshim said it will raise the price of the snack’s smallest pack by 11.1 percent from 900 won ($80) to 1,000 won, following in the footsteps of many other food producers. The shrimp crackers were released in December 1971 and are now one of the nation’s favorite snacks. Accumulated sales hit 1.5 trillion won last November. [YONHAP]