Phelps teams up with Woods’ ex-coach

Phelps teams up with Woods’ ex-coach 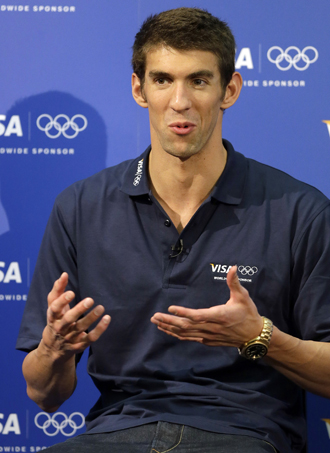 Phelps, who has retired as the most decorated Olympian of all time after winning a record 22 medals including 18 golds, will be the subject of the Golf Channel’s “Haney Project,” which will start filming next month.

“As I enter this next chapter of my life, I think I will be able to shift my competitiveness to anything I put my mind to and golf is one of the things I want to focus on,” American Phelps, 27, said in a statement.

“If I have a goal of dropping a certain amount of shots, or working on my short game or putting, those things are going to keep me motivated and fire me up and keep me excited.

“I want to play all the world’s great golf courses, but I’d like to play them well.

“I’m excited about this project with Golf Channel and I’m looking forward to working with Hank and to see what we can do together on the golf course,” said Phelps, who won four gold and two silver medals in the London Games.

The show is scheduled to be broadcast in February next year.