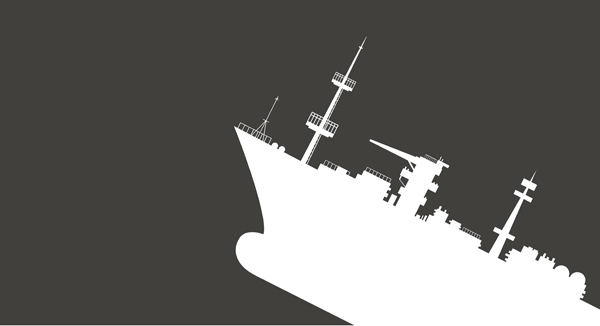 In the wake of the global financial crisis, various industries related to shipbuilding are struggling with a large volume of unclaimed ships.

Sliding prices and sales of ships at court auctions are causing a number of businesses in shipping-related industries to deal with the very real threat of bankruptcy, which is further impacting ship financing, leasing and insurance.

Although hordes of ships are put up for auction, however, only 20 to 30 percent are sold.

On Wednesday, a local district court in Geoje-dong, Busan, put up bids for 16 ships, including four tankers from Samho Shipping, a Korean chemical tanker operator.

It is known as the company that hired Seok Hae-kyun, the captain who was rescued after his vessel was hijacked by Somali pirates last year.

The hijacking, coupled with the slumping market, contributed to the shipper filing for bankruptcy last month.

But Samho only sold two of its four ships that day, excluding the Sapphire, as only a handful of bidders turned up.

Of the four ships sold in total, a 199-ton tugboat valued at 408 million won sold for just 88 million won, or 22 percent of its appraised price.

“After the global financial crisis in 2008, 142 ship transactions were made in 2009, representing the largest amount ever recorded. But since then, sales have gradually wound down,” said a researcher at GG Auction, which provides information on auctions.

The ebbing sales coincide with a spike in the number of newly bankrupt shippers.

According to the Korea Shipowners’ Association, it has lost 57 members since 2008 through insolvency, leaving it with just 193 companies under its wings.

To register for membership, a shipper is required to own a vessel of at least 10,000 tons and have total assets of 10 billion won or more.

Companies that provide credit to help finance shipping operations enjoyed a boom about five years ago when the shipbuilding industry went through a rapid expansion, but they too are now feeling the pinch.

Shinhan Capital, which owns 80 percent of the ship leasing market, now has dozens of unused ships at its disposal as so many shippers have gone bankrupt.

The company, which raised its total operating assets from 200 billion won in 2000 to 1 trillion won in 2008, saw the craft come flooding home when shippers could not meet their repayments.

After failing to sell the ships, Shinhan established OS Shipping as its own company to manage the craft in 2009.

“Finding buyers in a recession is not easy, even though prices have dropped. OS Shipping will operate these ships until suitable owners can be found,” said Lee Yong-dong, head of the company’s ship financing division.

Meanwhile, the Korea Deposit Insurance Corporation (KDIC) has retained ownership of seven ships as collateral after their former owner, Busan Savings Bank, was embroiled in a scandal that saw it file for bankruptcy in February.

The KDIC said it has not decided whether to cash in now and eat a loss, or wait until prices improve.

“The aftershocks of the global financial crisis in the shipping industry were only temporary, but the current problem of a supply glut is likely to drag on,” said a spokesperson for KDIC. The seven ships are all now up for auction.

Some shippers are stripping down the vessels and selling off their iron parts to reclaim what they can from their investments.

Meanwhile, STX Pan Ocean sold a fleet of 10 aging ships last year, and another five bulk carriers to shipyards in Bangladesh and India for $20 million.

With soaring oil prices and worsening global economy, the company decided it would be more cost effective to just offload the ships, rather than continue operating them.

STX made an operating profit of 52.3 billion won in the second quarter of last year from its ship sales.

“For reasons of oversupply, it’s better to sell off old ships and shore up liquidity,” said Kang Dae-sun, a managing director at the shipper.

Hanjin Shipping and Hyundai Shipping have not been so fortunate, with each posting operating losses in the region of 100 billion won last year.

The volume of ships being sold for their iron has also stoked competition in the global iron market.

Britain’s Clarkson’s Report, a shipping information provider, said the total volume of ships disposed of worldwide in 2008 hit 9.5 million tons. Over three million tons of scrap iron taken from dismantled ships is expected to be sold this year.

In January, Japanese shipping company MOL disposed of five tankers it built in 1995 by selling them to a Bangladeshi shipyard. This effectively shortened their 25-year lifetime by 8 years.

“Prior to 2007, ships that were more than 30 years old would have continued operating, but their shelf lives are getting shorter and shorter nowadays,” said Yang Hong-geun, managing director at the Korea Shipowners’ Association.