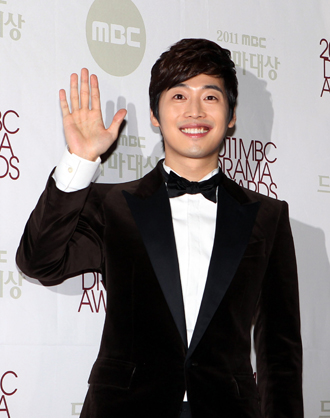 Actor Kim Jae-won revealed that his shoulder is still a mess at a press conference to promote his latest drama, “May Queen,” on Aug. 14.

“I’m still not back to 100 percent, and I’ll keep receiving treatment,” said Kim of his injury sustained while filming MBC’s “I Am a Flower Too.”

The injury happened last October when Kim fell off a motorbike after it accelerated without warning on the drama’s set. The accident prompted Kim to drop out of the production.

Kim had to postpone a fan meet in Japan in March until July as his recovery has been slow.

“May Queen” is Kim’s first project since the injury and features actors Han Ji-hye, Son Eun-seo and Jae-hee.

The program will take over the timeslot of “Time Slip Dr. Jin” and will center on a group of young people living in a seaside town during the boom of the shipbuilding industry.