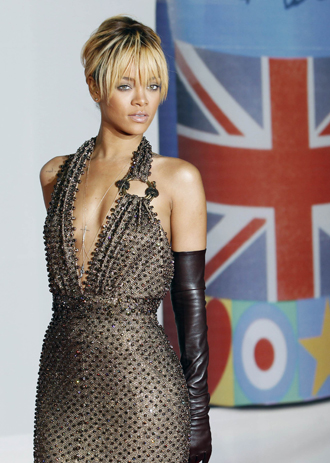 LONDON - Pop singer Rihanna has returned to the top of Britain’s album rankings with her album “Talk That Talk” after a run of 38 weeks in the Top 40, the Official Charts Company said on Sunday. It is only the second week the album has been in the top spot as it nears one million British sales. The recording has been a huge hit around the world and helped the Barbadian star to earn an estimated $53 million in the 12 months to May this year, according to Forbes magazine.

East London rapper Wiley topped the singles charts for a second week with “Heatwave,” his first solo British number one.

British pop band Lawson was the week’s highest new entry at number three with the single “Taking Over Me”. Reuters