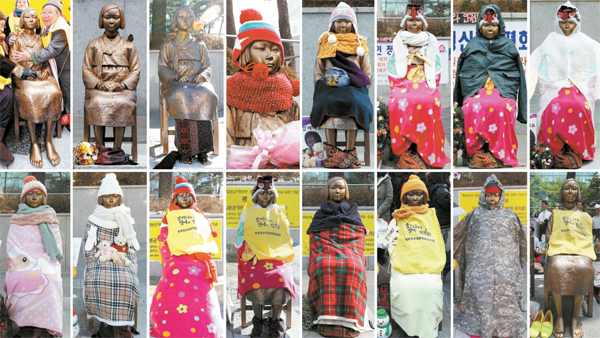 The Peace Monument marks its first Liberation Day today. The statue of a teenage girl was erected on Dec. 14 last year in front of the Japanese Embassy in Seoul to signify the 1,000th day of the rally staged by former “comfort women,” who asked for the Japanese government’s official apology for making them sex slaves to the imperial Japanese military during World War II. Over the course of the last eight months, citizens dressed the statue in different clothes depending on the season, including traditional dress, winter clothes and a raincoat. [YONHAP]