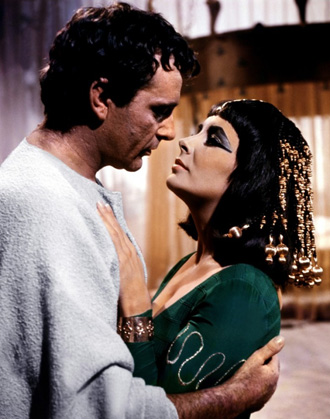 Previously unpublished extracts from the diary of iconic Welsh actor Richard Burton have revealed his “aching” love for screen siren Elizabeth Taylor, whom he married twice.

Passages from the journal, which will be published in full in October, expose a sensitive side to the notoriously hard-drinking actor.

“She has turned me into a model man but not a prig, she is a wildly exciting lover-mistress, she is shy and witty, she is nobody’s fool,” he said of Taylor in extracts published on Tuesday.

“She is a brilliant actress .?.?. she can be arrogant and wilful, she is clement and loving.

“She is Sunday’s child, she can tolerate my impossibilities and my drunkenness, she is an ache in the stomach when I am away from her and she loves me. And I shall love her forever.”

In another entry from November 1968 he describes Taylor as “beautiful beyond the dreams of pornography”.

The couple met on the set of “Cleopatra” in 1961 but their relationship finally broke down with their second divorce in 1976.

The diaries have been edited by Swansea University Prof. Christopher Williams, who was given the diaries by Burton’s widow, Sally.

“The words reveal somebody who is reflective and thoughtful and someone who engaged intellectually with the world around him,” said Williams.

“It’s not just the ale-and-women kind of image,” he said. AFP