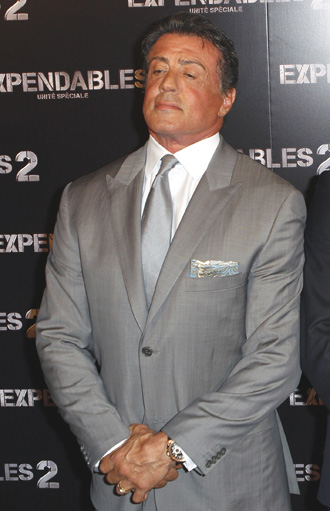 LOS ANGELES - “Rocky” star Sylvester Stallone says he is trying to get back to living his life after the still unexplained death last month of his son Sage.

The actor, who put interviews and public appearances on hold after Sage’s death a month ago, said support from good friends and family helped him deal with the loss.

“Time, hopefully, will heal, and you try to get through it, but it’s just something. It’s a reality of life,” he said.

“I think it’s important to get back and start reliving your life. Otherwise, you can go into a spiral.”

Sage Stallone, 36, was found dead in his Los Angeles home on July 13. The cause of death is awaiting toxicology results.

Sage, who played Stallone’s screen son in the 1990 film “Rocky V”, was the second of two sons the actor had with his first wife, Sasha Czack.