Psy gets yet another mention in U.S. media

Psy gets yet another mention in U.S. media 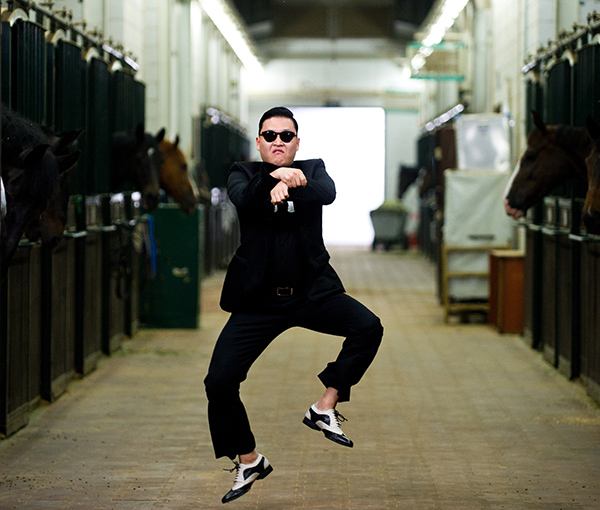 
Psy’s media mentions know no bounds. The 34-year-old unlikeliest of all K-pop stars has decorated yet another page on American media.
Psy’s hilarious music video that has been watched by more than 28 million viewers worldwide has been featured on the internet edition of the Times magazine.

On an online articled published Aug.15 under the “Viral Video” category, the headline urged readers to take a peek at one of the most-watched videos of the moment.

Titled, “WATCH: PSY’s ‘Gangnam Style’ Is the Best Invisible Horse-Riding Rap Video You’ll See All Week,” the video was said to be “highly addictive,” but warned viewers, “Just don't try to make too much sense out of it.

The article also introduced the relatively unknown K-pop star who is making his mark in an industry plagued with idol groups who are half his age and size.

Earlier in the month, the video was also covered by CNN. The news network said that the clip was “really getting a lot of reactions in New York,” as well as being praised by celebrities like Robbie Williams and T-Pain.
Meanwhile, the second version of the video was released on Aug. 15; it received mixed reviews after Hyun-a, who featured in the original played a bigger part by reworking the catch phrase “Oppan Gangnam Style” to “Oppa is Just My Style.”
By Carla Sunwoo [carlasunwoo@joongang.co.kr]