‘Superstar K’ is off to a rocky start

‘Superstar K’ is off to a rocky start 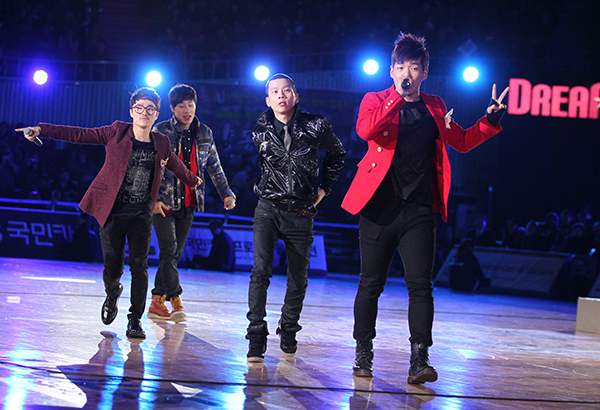 The opening event for this season of the singing-survival show “Superstar K” started on a sour note with audience members being turned away at the venue.

The show, which is in its fourth run and slated to air from today, held a concert on Wednesday night at Jamsil Indoor Stadium in southern Seoul.

Due to heavy rain and the public holiday, the event “wasn’t well planned,” organizers said.

On the next day, the program used its official Web site and Twitter page to apologize to countless fans who turned up with an invitation but were unable to squeeze into the overbooked venue, which can accommodate 13,000 people.

Apparently, organizers had sent out more tickets than they had seats. Disgruntled ticket holders who stood in the pouring rain for hours before the show took to the Internet to voice their annoyance.

Those lucky enough to secure seats were treated to performances by Seo In-guk, Ulala Session, Jang Jae-in and Two Months, all previous contestants on the show.