Hyundai bends, but union not appeased as talks go on

Hyundai bends, but union not appeased as talks go on 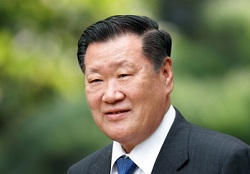 Hyundai Motor said Thursday it has proposed to its labor union that it turn 3,000 irregular workers culled from its in-house subcontractors into full-time employees, but that the famously militant union said the offer still falls short of the mark.

The nation’s No. 1 automaker has been dealing with the thorny issue of how to deal with its in-house subcontractors for years, but this is the first time the company has suggested a deal with specific figures.

The Ministry of Employment and Labor has accused the carmaker of using illegally dispatched workers in contravention of both its guidelines and a legal ruling by the Supreme Court. In February, the court confirmed its initial verdict in 2010 on the case of Choe Byeong-seung, a former irregular worker with an in-house subcontractor of Hyundai Motor who was deemed to have been unfairly dismissed after requesting the company make him a regular worker.

The judge ruled that as Choe had been directed and managed by Hyundai Motor for over two years, he should have been made a direct employee, in line with the labor law.

Hyundai has insisted that the ruling applies to just one man and is not a precedent that need be applied to all employees of its in-house subcontractors.

However, as relations between labor and management continue to sour over wage disputes, Hyundai said it decided to bend.

Some industry pundits see the imprisonment of Hanwha Group Chairman Kim Seung-youn on early Thursday morning as another catalyst as the government showed its resolution to punish rather than protect major companies for transgressions, from graft to unfair labor policies.

“We want to resolve the issue of these illegally dispatched workers and show that we are meeting our social responsibilities,” the company said in a statement.

But the union remains unappeased as the company is not permitting the remaining 3,800 irregular workers in question to improve their status and receive the benefits this would entitle them to. “The company needs to hire 3,000 people anyway by 2016, as a similar number of its current work force will retire by that date,” a union spokesperson said. “The subcontracted staff who switch over will also be disadvantaged as they will rank as new recruits, meaning their previous time spent with the company will not be considered in their salary calculations.”

Hyundai also offered to rework the current two-shift system in a way that shortens the working day slightly and lets those on the second shift finish just after midnight rather than working until the early morning. Negotiations on this matter are ongoing.

It said it will also invest 300 billion won ($264.3 million) on its product lineup to ensure productivity stays at its current pace despite the reduced working hours. Hyundai Motor said it will resume talks on Monday.