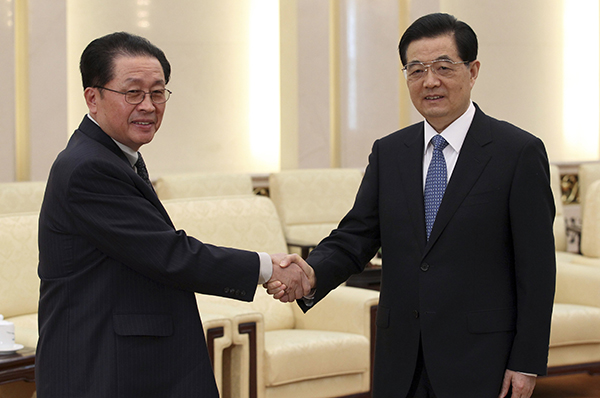 Jang, vice chairman of the North’s National Defense Commission, has been in China since Monday on a visit seen as aimed at winning economic cooperation from the North’s most important ally to help revive the country’s moribund economy.

Earlier this week, the two countries agreed to accelerate efforts to jointly develop the Rason, Hwanggumpyong and Wihwado economic zones in North Korea, the most tangible outcome of Jang’s trip. His delegation of some 50 officials included key economic technocrats.

In the meeting, Hu offered congratulations to Jang for the agreement on the special economic zones.[REUTERS/YONHAP]