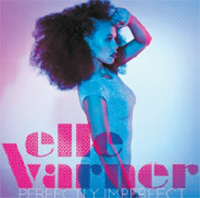 Elle Varner’s debut album is titled, “Perfectly Imperfect,” but she should have called it “Perfect.” The newcomer’s 11-track set is pure excellence, full of R&B gems that are silky, smooth and jamming. Her voice - raspy at times, soft at others - is the focal point of the album as it glides over songs and adapts to the different beats, which include hip-hop (“Only Wanna Give It to You,” “I Don’t Care”), funk-soul (”So Fly”) and contemporary R&B (“Welcome Home”).

“Stop the Clock” is flavorful and addictive, thanks to its dramatic beat and the sound of handclapping dominating the chorus. “Refill,” a Top 10 R&B hit, is velvety and could easily be a TV jingle.

Producers Oak & Pop, best known for their work on Nicki Minaj’s “Your Love” and Big Sean’s “Marvin and Chardonnay,” helm most of the songs, though Varner’s father, Jimmy Varner, co-writes and produces some of the tracks, and her mother, Mikelyn Roderick, works as a vocal producer and background singer. Varner, a graduate of Clive Davis’ music school at New York University, co-wrote each song, and she’s got a skill with the pen. AP 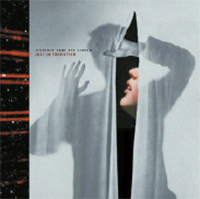 Sixpence None The Richer

Matt Slocum, co-founder and guitarist of Sixpence None the Richer, says the group has fully changed since they broke up in 2004 and reunited three years afterward. But that doesn’t reveal itself as a metamorphosis in the songs on their new album, “Lost in Transition.”

After the split, Sixpence released an EP and a Christmas album, but they will officially return with their first full-length album, delivering a familiar sound while not daring to break into any new territory. The album opener, “My Dear Machine,” is a decent track, with some fine and fuzzy guitar work highlighted by lead singer Leigh Nash’s smooth and strong voice. Unfortunately, the song gets overpowered by horns near the end.

After this somewhat strong start, the Nashville, Tenn.-based band runs into an inevitable truth for most ’90s-era bands looking for a renaissance. Hits are hard. And their yesteryear radio staples like “Kiss Me” and “There She Goes” are tough to replicate for the listener’s sweet spot. New tracks like “Failure” and “Give It Back” are musically passable, but are ultimately wordy misfires. AP 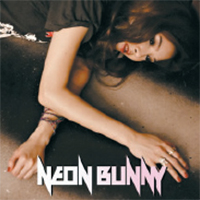 
Korean indie vocalist Neon Bunny (Im Yu-jin) made a name for herself last year with her debut track “Seoulight,” which won over both critics and curious K-Pop fans alike and was consequently named Best Pop Song at the Korean Music Awards. The musical genre of her first album walked a fine line between gentle indie-rock and pop, but for her follow-up collection of four tracks titled “Happy Ending,” Neon Bunny has returned with a much more aggressive and stronger synth-pop production.

The opening track of the album, “Bubbles,” is light and sweet but has the beats of funk and disco underneath its smooth melody. The next two songs, “Plastic Heart” and “Prince,” seem be darker and much more edgy, especially with “Prince,” which has a sing-along hook and an upbeat bass line. The last track, “First Love,” is interesting in that it has a rhythmic melody of an 80s electro-pop song, but even through the thick noise of the track, Neon Bunny’s vocals are not overshadowed, but rather stand out from the bold production.