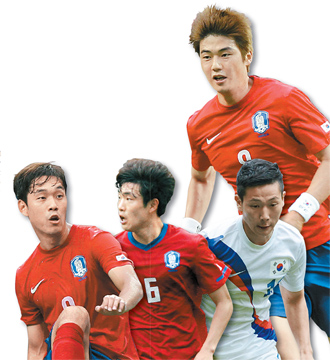 A top three finish at the London Olympics is brightening the overseas prospects of several young Taegeuk Warriors, with some European teams showing a growing interest in members of Hong Myung-bo’s squad.

At the center of attention is Ki Sung-yueng, who kicked the winning penalty shot against Great Britain in the quarterfinal at Millennium Stadium in Cardiff City, Wales.

The Web-site Celtic News Now covering the Scottish Premier League team where Ki plays reported Sunday that Ki will transfer to Swansea City, a Welsh club in the English Premier League, within the next two days. The site said the two sides have agreed on a transfer fee of about 6 million pounds ($9.4 million) with add-ons.

The Daily Mail also reported Sunday that Swansea City is in talks with Celtic to bring Ki in as a replacement for Joe Allen, who moved to Liverpool.

Swansea City was promoted to the Premier League last season and finished 11th. The team went off to a good start for the new season as it blanked the Queens Park Rangers, where another Korean midfielder, Park Ji-sung is playing, in their opener on Saturday.

Ki has 15 months left on his contract with Celtic and the Scottish team has been reported to be unwilling to let him go for less than 8 million pounds, but a heated competition could soon decide a new team for the 23-year-old Korean midfielder, who has received exemption from a mandatory 21-month military service because of the Olympic bronze medal.

Arsenal also showed interest in Ki, the Daily Mail reported earlier this month, with the club’s chief scout Steve Rowley assessing Ki “very highly and will recommend the energetic midfielder to manager Arsene Wenger.” Among other European teams keeping an eye on him are Liverpool, Queens Park Rangers, Fulham and Spanish side Atletico Madrid.

Yun Suk-young, a left-back for the Hong squad, attracted attention from Manchester City for his performance in the Olympics, according to the Daily Mail. Yun’s defense against Craig Bellamy, a former Manchester City player, impressed scouts from the defending champion of the English Premier League and City hopes that a 1 million-pound bid will be enough to acquire the defender from his K-League side Chunnam Dragons, the newspaper reported.

Nam Tae-hee, a 21-year-old midfielder whose cross was connected into Park Chu-young’s header against Switzerland in the Group B match, is also drawing attention from European teams, according to Korean media outlets, although no offers have been made so far.

Nam, who played for French side Valenciennes before moving to his current team Lekhwiya SC of Qatar at the end of last year, scored six goals in 14 matches for Lekhwiya, leading the team to the domestic league’s championship.

Park of Arsenal appeared to be let go to another team as his back number 9 was recently given to newly-signed Lukas Podolski. Since signing with Arsenal in August 2011, the 27-year-old Korean forward played in only six games for Arsenal and he entered the Olympics with his future in doubt.

But his impressive play during the Games, where the wild-card player scored two of Korea’s five goals, including the first goal in a 2-0 win against Japan in the bronze medal match, appears to have brightened his career prospects.

Joynews24, a local online news site, cited a source close to Park yesterday as saying that several European teams, including some in the English Premier League, are in talks with Park over his transfer with some of them approaching the final phase. The news site said a deal is expected to be finalized within 10 days.