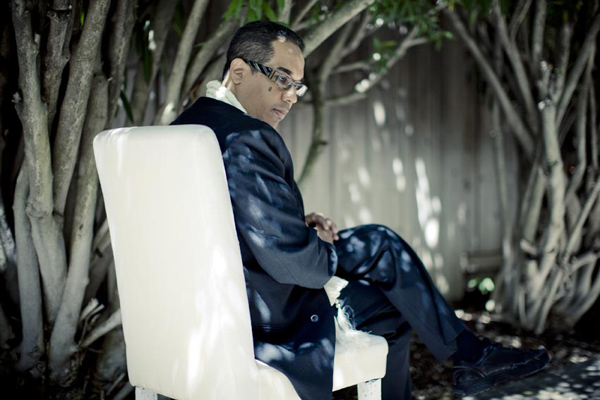 Parents interested in early childhood education probably know that teaching children how to play the piano with both hands at an early age helps to increase creativity and cognitive ability as it stimulates and develops both the left and the right brain in a balanced way.

One Panamanian band leader and singer knew about this and began teaching music to his 3-year-old son, Danilo Perez.

The father’s “passion” toward early childhood education helped Perez become “one of the best things that happened to jazz around the turn of the millennium,” as The New York Times reported in 2006.

“I think my father inspired me early on and actually helped me to use music as a tool to facilitate the learning of other disciplines,” says Perez.

By age 10, he was studying the European classical piano repertoire at the National Conservatory in Panama.

However, when it was time to enter college, Perez decided to study electronics and received his bachelor’s degree. But a “love for jazz” was lingering in his heart. After moving to the United States, he changed his major and transferred to the prestigious Berklee College of Music in Boston.

Perez has led his own groups since the early 1990s and received three Grammy nominations.

His 2000 album “Motherland” was nominated for a Grammy and Latin Grammy as “Best Latin Jazz Album,” and named “Best Jazz Album” at the Boston Music Awards.

He first attracted attention as the youngest member of the Dizzy Gillespie-led United Nations Orchestra, and during his time with the group he solidified his command of the eclectic, post-bop Latin style.

Sponsored by Korea Exchange Bank, Perez is scheduled to visit Korea next month as part of an event organized by the Embassy of the Republic of Panama to celebrate the 50th anniversary of diplomatic relations.

The seven-member band - Perez, Alexander Hargreaves on violin, Jenjamin Stereet on bass, Adam Cruz on drums, Patricia Diaz and Jahaziel Porras on saxophone, and Felix Cano on percussions - will perform three times in Korea starting with the 2012 Gwangju World Music Festival on Sept. 8. The band will then appear at popular jazz club Once in a Blue Moon in Cheongdam-dong, southern Seoul, on Sept. 10 and end by playing on EBS’ “Gonggam” in Seoul on Sept. 12.

Before arriving in Korea to kick off his performances, Perez took time for an e-mail interview with the Korea JoongAng Daily. 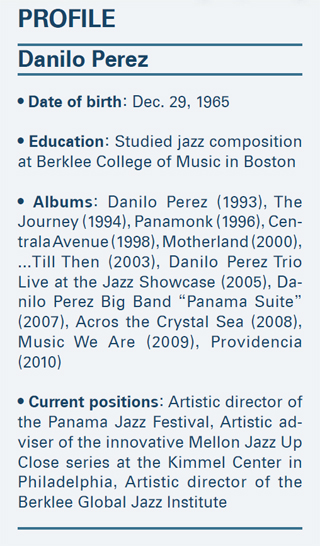 Q. This is your second time to visit Korea to perform. What is it like performing in front of jazz fans here?

A. I still remember the incredible reception from the audience in Korea when I came to perform in 2010. Korean jazz fans seemed to love the music. We stayed three hours signing autographs after the concert. However, this will be my first time to perform in Korea with my band members. Everyone in the band is looking forward to the concerts and, personally, I am looking forward to present my new compositions.

Each country has a different jazz style. For you, would it be Latin jazz?

I do not call my music Latin jazz because I like to think more in terms of pan-American jazz or nowadays I even call it “Global jazz.” I do not want my music to have boundaries so I include influences from all around the world.

Have you ever worked with or taught Korean jazz musicians? Where do you see jazz in Korea?

I have many wonderful Korean students at the new institute I founded at Berklee College of Music, the Berklee Global Jazz Institute. The Korean students have shown great talent and discipline. I definitely see a bright future for the Korean jazz scene.


You started your musical studies at the age of 3. What kind of musical education can a 3-year-old receive?

Young children can receive an interconnective music education. You can not only learn teamwork, respect, discipline and listening through music but also use it as a tool for learning other disciplines. 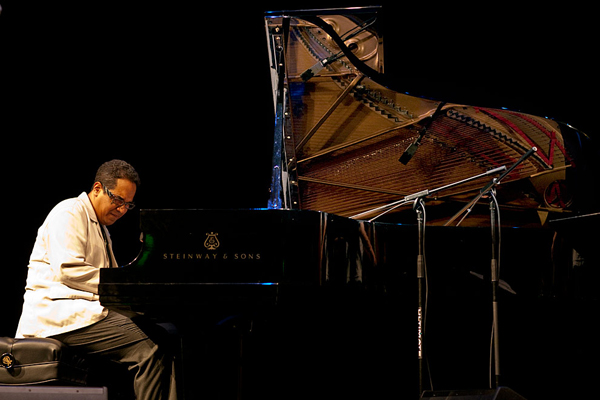 Panamanian jazz pianist Danilo Perez will hold three concerts in Korea starting with the 2012 Gwangju World Music Festival in Gwangju on Sept. 8. Provided by the organizer


You became the youngest member of the Dizzy Gillespie-led United Nations Orchestra in 1989. And you were also the first jazz musician to perform with the Panama National Symphony Orchestra. Were these achievements a turning point for you?

Working with Dizzy was an incredible experience at every level. He taught me that music is universal and that it could bring people together.

Meanwhile, playing with the Panama National Symphony Orchestra as the first jazz musician was challenging. My music was too hard for them and I learned at that time that I have to be more aware of for whom I was writing.

Some free jazz artists say you must study modern harmony theory in order to play “real” free jazz. Do you agree with this?

I think that mastering your inner impulses for rhythm, developing your ear, studying of counterpoint and learning to have a beautiful sound are the basis of everything. These, combined with the desire to take risks while you play, are the fundamental ingredients for any type of music. I don’t agree with labeling the creative process.

How do you practice?

I play with my children and with my wife. I also practice with and without my instruments. I practice while I read, and I pay attention to my surroundings. I believe every moment of my life is part of my practicing routine.

You are also a goodwill ambassador for Unicef and have said many times publicly that you want to be remembered as a philanthropist. You also established a foundation under your name. What made you get involved in philanthropic work?

I have been working in Panama for 28 years doing music education because there were few opportunities for young artists for higher education. In 2005, I worked as a goodwill ambassador for Unicef, and I toured my country and realized the level of poverty in Panama. This changed my life and commitment to children of communities in extreme poverty.

What advice would you give to young musicians who wish to jump into the world of jazz?

I want to say read books, watch good movies and research your inner being constantly. Try to use jazz to understand your own growth as human; write and play music as you would like the world to be.

And lastly, what does jazz mean to you?

It is the language of the spirit, a tool for transformation and a vaccine against sedation.