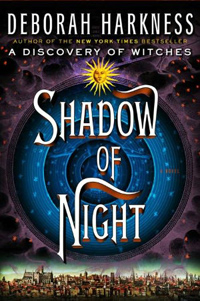 Shadow of Night: A Novel (All Souls Trilogy)

Deborah Harkness exploded onto the literary scene with her debut novel, “A Discovery of Witches,” book one of the magical “All Souls Trilogy” and an international publishing phenomenon.

The novel introduced Diana Bishop, Oxford scholar and reluctant witch, and the handsome geneticist and vampire Matthew Clairmont; together they found themselves at the center of a supernatural battle over an enchanted manuscript known as Ashmole 782.

Picking up from the first book’s cliffhanger ending, “Shadow of Night” plunges Diana and Matthew into Elizabethan London, a world of spies, subterfuge and a coterie of Matthew’s old friends, the mysterious School of Night that includes Christopher Marlowe and Walter Raleigh.

Here, Diana must locate a witch to tutor her in magic, Matthew is forced to confront a past he thought he had put to rest, and the mystery of Ashmole 782 deepens. 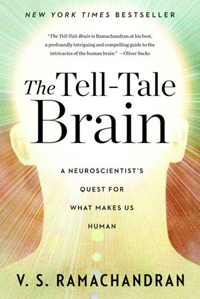 The Tell-Tale Brain: A Neuroscientist’s Quest for What Makes Us Human

In this landmark work, V. S. Ramachandran investigates strange, unforgettable cases -from patients who believe they are dead to sufferers of phantom limb syndrome.

With a storyteller’s eye for compelling case studies and a researcher’s flair for new approaches to age-old questions, Ramachandran tackles the most exciting and controversial topics in brain science, including language, creativity and consciousness. 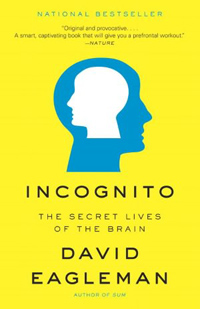 Incognito: The Secret Lives of the Brain

If the conscious mind - the part you consider to be you - is just the tip of the iceberg, what is the rest doing?

In this sparkling and provocative book, renowned neuroscientist David Eagleman navigates the depths of the subconscious brain to illuminate its surprising mysteries.

Why can your foot move halfway to the brake pedal before you become consciously aware of danger ahead? Is there a true Mel Gibson? How is your brain like a conflicted democracy engaged in civil war? What do Odysseus and the subprime mortgage meltdown have in common?

And why is it so difficult to keep a secret?