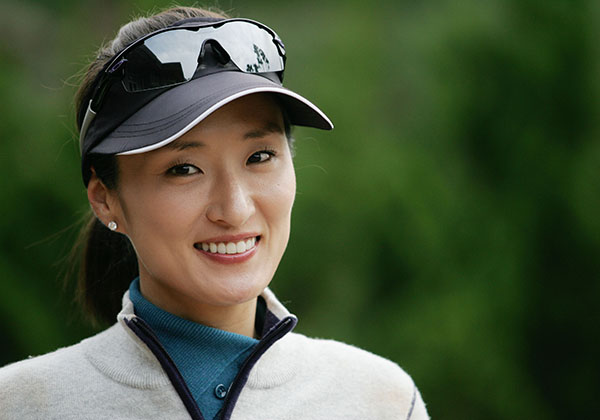 
Park Ji-eun, one of the leading first-generation Korean women golfers, and who is better known as Grace Park on the U.S. LPGA Tour, has completed her retirement from professional golf.

At a Monday press conference in Seoul, Park said she will not compete in the KLPGA, officially ending her 13-year career. In June, she announced her retirement from the LPGA during the Wegmans LPGA Championship.

“I did not want to go out on the course without the confidence to win,” she said during the press conference.

Park also announced that on Nov. 27 she will marry a 37-year-old businessman who attended the same elementary school. They have dated since 2000.

“I will begin the next chapter of my life,” she said.

Park won six LPGA tournaments, including one major contest- the Kraft Nabisco Championship in 2004. She leaves the game with $5.4 million (6.1 billion won) in career earnings.

In recent years, Park has suffered chronic back pain. She said she still loves the game and plans to play whenever she can, but the schedule of a professional player had become too difficult to continue.

She said she hopes her post-professional career will be related to golf.

Of the six LPGA victories, she said the CJ Nine Bridge Classic in 2004 in Korea was the most memorable. “It was another victory after winning the Nabisco and I liked playing surrounded by my family and friends cheering for me,” she said.

Despite her earlier announcement that she would retire from the LPGA, Park said she wanted to hold a press event to end speculation about whether she would play in the KLPGA and to make her retirement official.

“I gained fame as a first-generation Korean golfer on the LPGA tour along with Pak Se-ri and Kim Mi-hyun, and I did not want to disappear from the public eye without their awareness of it.”