For stylist Jeong, honesty is never out of fashion

For stylist Jeong, honesty is never out of fashion 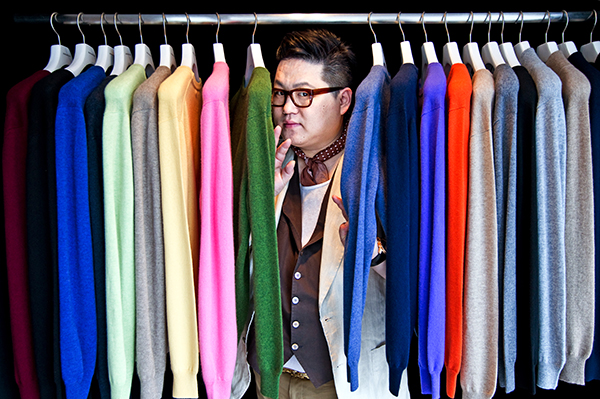 For top stylist Jeong Yun-kee, 41, the key to success is remaining objective. “When you lose objectivity ...you become the worst dresser,” he says. [JoongAng Ilbo]


Famed stylist Jeong Yun-kee has many nicknames. “Master of style,” “Top stylist of Korea,” “Midas touch of fashion.” If such descriptions are any indication, the 41-year-old head of InTrend, a fashion PR company, is the best stylist both in name and reality.

“A good styling is like good food. It makes people happy,” he says. In that sense, Jeong is one of the leading propagators of happiness in Korea these days.

Most recently, he dressed up Korean Jang Dong-gun from drama series “Gentlemen’s Dignity” and his actress wife Ko So-young, who made her first appearance on a talk show in 14 years.

Jang received a lot of attention not only for his return to dramas but also for his sophisticated style. The drama gave the 40-year-old the title “the most fashionable male actor.”

Of the many clothes Jang wears in the drama, his pin brooch received the most attention, which later turned out to be Jeong’s personal belonging.

“I never expected people would be so interested in a particular item. I was thinking about the best way to express gentlemen’s dignity and suddenly the pin brooch came into my mind,” says Jeong.

“You can create a professional look when you add some small points like brooches to a classic jacket.”

The return of Ko, who’s been keeping a low profile after her marriage and giving birth, stole the spotlight, but her flower-print yellow dress caught the attention of viewers as well.

The dress and black bolero she wore were immediately sold out after the broadcast.

“I was thinking of a dress that can go well with the outdoor location of the talk show, which Ko also agreed on. The green grass [of the location] and yellow dress went very well with each other, together creating a springtime atmosphere,” he says.

Now that Jeong is a top stylist, it has never been so easy for him. 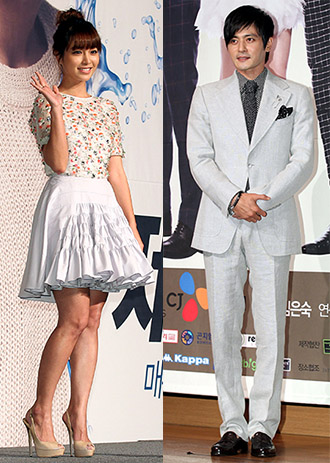 
Back when he was young, he was a little boy who would rather play with Barbie dolls than soccer balls. When Jeong began his career, the fashion industry was almost off-limits to men, always giving him a sense of alienation. He was often mistaken as a pervert for estimating actresses’ sizes at a glance.

“Fashion is the best way to love myself,” says Jung. It was that affection toward fashion and himself that got him through the hard times to become, irrefutably, the best stylist in Korea, working with the nation’s A-list actors Kim Hye-soo, Cha Seung-won and Yuri of Girls’ Generation.

Working with top stars has its challenges. “Sometimes, self-assertive stars sit tight on their styles. When they do, I just let them be. After being selected a worst-dresser, they listen to my advice,” he says.

“There is a fine line between being the best and being the worst. When you lose objectivity toward your fashion, you become the worst dresser. It’s not about killing individuality but about saving it, but in a more humble manner.

“The most common mistakes are being too greedy or too careful, and selecting items that don’t go with your dress.”

Hidden behind his brilliant career is a great deal of effort. Jung always pays attention to every detail of his styling.

When styling for Jang in “Gentlemen’s Dignity,” he didn’t hesitate to airlift clothes, check out the fitting night and day.

“I love window shopping, walking around the hottest shopping places. I watch everything from designer collections to flea markets and look for inspirational ideas.

“I also read a lot of comic books to find something fresh and trendy.”

He believes integrity is most important for staying on top.

“Unconditional compliments should never be on the list. You need to give truthful advice to make actors trust and follow you,” Jeong says.
“For the moment, it could hurt, but being honest was how I could stay with my clients for such a long period.”