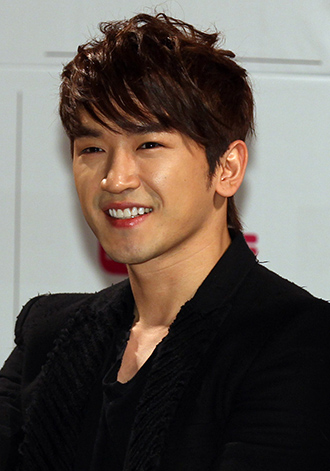 Shinhwa member Lee Min-woo has been picked to be the Korean representative of a judging panel on a Chinese singing-survival show.

The show will air on Shanghai Cable TV from Sept. 5. As the program’s title roughly translates to “The Voice to Make Asia Cry,” the show hopes to find a contestant to do just that.

Contestants from Korea, Japan, China, Malaysia, Singapore and Thailand will belt out tunes.

“I’m so honored to be representing Korea on a show of this scale,” Lee said.

“I’ll try my best to live up to the title and won’t disappoint,” the ’90s boy band member promised.

In July the 32-year-old entertainer joined his boy band for a reunion tour titled “The Return,” the group’s first Asian tour since 2007.

The Beijing leg of the tour saw more than 8,000 fans turn up to catch a glimpse of the K-pop act that made its debut more than a decade ago.