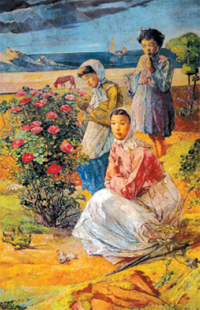 To Sunday: The retrospective of the artist who was active in the early 20th century features 75 pieces, including well-known works like “On an Autumn Day” and other pieces that are rarely shown.

About 200 historical documents concerning Lee, including early 20th-century photos and news articles, are also on display.

Although Lee’s life was relatively short at 38 years, the styles of his paintings are quite diverse. “It reflects Lee’s experimental mind, his ability to conduct such experiments and, at the same time, his struggles to create his own styles and themes as a Korean artist under the influence of various Western art movements,” explained Park Soo-jin, the curator who directed the exhibition.

To Sept. 16: This show celebrates the 80th anniversary of Korean-born artist Nam June Paik’s birth, which fell on July 20. It features some 70 film clips and so-called video sculptures, which are among Paik’s signature works.

The exhibit also displays around 60 of the artist’s concept drawings, which have been opened to the public for the first time, and 110 other works.

One of the highlights is the “Olympic Laser Water Screen,” a site-specific laser projected onto a water screen made by fountains in the Mongchon moat near the museum in Olympic Park. The museum will display the laser work every day except Monday at 8 p.m. in August and 7:30 p.m. in September.

To Sept. 28: The exhibition focuses on the theme of anxiety in Korea. “Though Korean society seems stable and peaceful from the outside, multiple signs of anxiety are starting to surface from the inside,” the museum said in a release.

The exhibition features works in various genres by nine artists. But their works share a common point - the direct or indirect expression of anxiety. 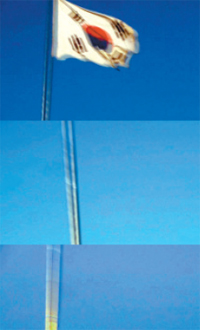 It is surely Gonzalez-Torres’ work, but was never touched by the artist, who died at 38.

The exhibition is titled “Double,” as the works can be on display at two places simultaneously. With this, Gonzalez-Torres tried to dispel the traditional idea that a work of art has value because it is made with the artist’s own hands.