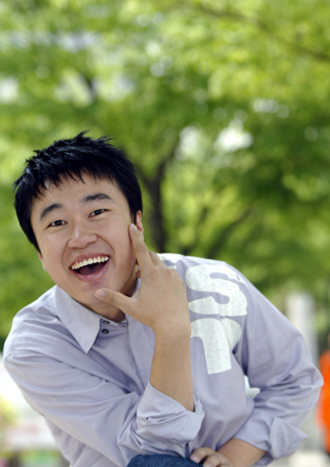 Actor Cho Dal-hwan took the opportunity at a press conference for his new movie “Traffickers” on Aug. 21 to announce that he will soon wed.
Although he didn’t specify when, he said that if the film did well at the box office, that he would marry his girlfriend Park Mi-young, table tennis player who represented Korea at the Olympics this year.

“Even if the film is a flop, I’m going to marry her,” Cho added.
The 21-year-old actor who had played minor roles in films such as “Dancing Queen” and “Couples” (2011) as well as in the new film admitted that he wasn’t much of a catch.

“From the in-laws’ perspective, I don’t really have all that much to boast about,” Cho said. Regardless, the actor said that he had finished up military service and because the couple have been dating for some five years, it was about time.

The actor-athlete couple got together through the introduction of a mutual friend, Olympic table tennis silver medalist Ryu Seung-min.
By Carla Sunwoo [carlasunwoo@joongang.co.kr]