Big may be beautiful but slim sublime

Big may be beautiful but slim sublime 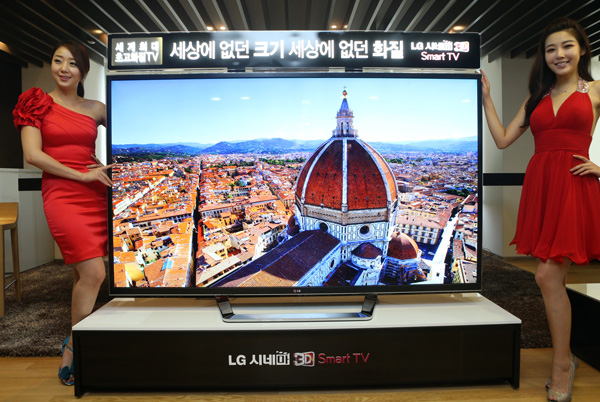 The new model is worth around 25 million won ($22,070). Overseas sales will kick off in Europe and the United States next month ahead of releases in Asia and Latin America. The 84-inch UHD TV is the latest in LG’s efforts to drive the market for premium TVs with bigger screens and sharper images. “Despite grim economic circumstances, we saw bigger growth in demand for 60-inch TVs than for 32-inch TVs in the local market. We believe there will also be strong demand in overseas markets,” said Lee Tae-gweon, a vice president of LG.

Earlier this year, top player Samsung Electronics released a 75-inch full HD TV, while Sharp unveiled a 90-inch model. Shipments of TV panels over 40 inches are likely to jump more than 20 percent on-year in the second half.