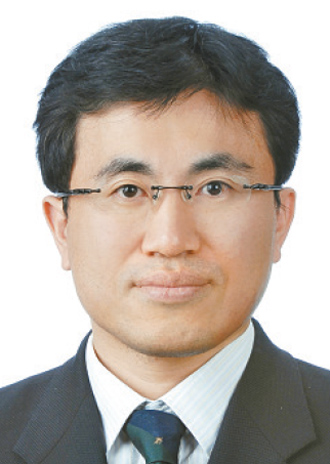 Korean companies must adapt their business strategies in order to “pick fruit from the huge Chinese market,” according to Hwang Jae-won, director of the Korea Beijing Trade Center.

Hwang has spent 4.5 years helping small Korean businesses get settled in Qingdao, in China’s Shandong Province, and another 4.5 years doing similar work in Dalian, another seaport in northern Liaoning Province.

The China veteran said Korean companies should not lose ground on the mainland considering the potential growth in purchasing power of 1.3 billion Chinese consumers.

Here are some excerpts from his recent interview with the Korea JoongAng Daily.

Q. How should Korean businesses respond to the growing Chinese market?

A. They need to focus on the service sector from now on. While China is growing fast in terms of hardware, Korea is developing at a similar rate in software. This means that China is still far behind Korea in terms of the quality of the services it offers. In particular, Chinese businesses are less capable of providing services that satisfy consumers’ five senses than Korean businesses are. For example, at Chinese restaurants, Korean consumers would feel the service is very clumsy. Chinese businesses do not try to meet consumers’ needs, unlike their Korean rivals. Koreans are known to be impatient and picky, and Korean owners are often willing to cook something new up on the spot if requested.

How have conditions in China’s business environment changed in the last few years?

Before 2007, Beijing blindly attracted foreign investment. But it switched its policy direction from quantitative growth to qualitative growth in that year. It started to impose more restrictions on foreign investors and businesses. This has had a direct effect on Korean businesses. As the new labor law was implemented on Jan. 1, 2008, small Korean enterprises saw their labor costs increase significantly. Cheap labor was one of primary reasons why they left for China, so it is like they have lost their reason for being there. Tax breaks on foreign capital have also decreased. These major changes in the Chinese business environment caused a number of Korean businesses to face bankruptcy.

There were about 2,500 Korean companies operating in Qingdao as of 2009, but 70 of them later shut down due to the financial losses from the sudden changes in the business environment. The Korea Trade-Investment Promotion Agency’s overseas centers do as much as they can to help such businesses secure liquidity.

Do you have any tips for new businesses entering China?

They should be aware of Beijing’s policy on industries. It keeps a tight control on mainstay industries like communications, oil refineries and the construction of infrastructure. That is why SK Group struggled when it first set foot in China. Also, timing is important. The Chinese government didn’t grant foreign automakers approval to advance into the local market until the mid-1990s, when it suddenly adopted a new stance and let Hyundai Motor into some provincial areas. Hyundai is a good example of a company that expanded its business from a small and undeveloped region into bigger cities on a gradual basis.

Korean retailers that are suffering trade deficits with China should take note of this. One foreign retailer that has thrived in China is Germany’s Metro. Like Hyundai, the German discount store started in a provincial area by localizing its operations extremely well. It now ranks as the leading supermarket in Hunan Province. Rather than focusing on aggressive expansion, pouring limited managerial resources into a targeted region would be a more effective first step.