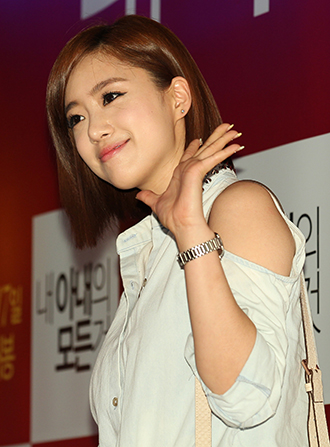 T-ara’s Eunjung has been dismissed from the SBS weekend drama “Five Fingers” just one day before she was set to begin filming.

SBS made the announcement on Aug. 22 that “after much deliberation, due to various issues, Eunjung was let go.”

In the show, the T-ara member was set to play the role of Hong Da-mi, a pianist who forms a love triangle between two half-brothers played by Joo Ji-hoon and Ji Chang-wook.

Core Contents Media had no idea of the “deliberation” that was taking place and had said before the announcement that it could think of no reason why Eunjung would be replaced.

“As far as we know, Eunjung was meeting with the scriptwriter last night for work,” the agency said.

T-ara’s recent scandal after Hwayoung was let go is thought to be one of the main reasons for why the drama decided to replace Eunjung.

As the show began airing Aug. 18, SBS is currently sifting through different replacement options. One candidate is 19-year-old Jin Se-yeon, who is currently starring in the drama “Bridal Mask.”