On or off, he is El Nino

On or off, he is El Nino 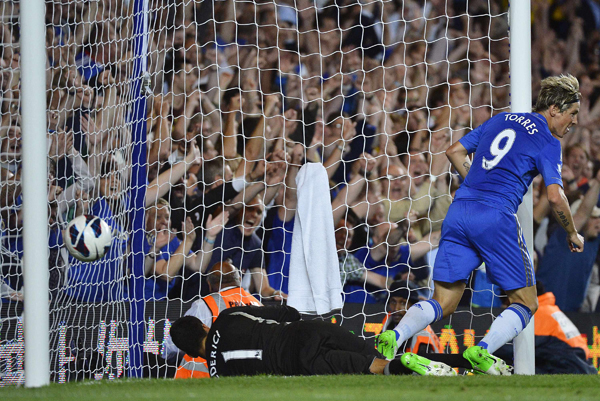 Chelsea’s Fernando Torres, nicknamed El Nino, right, scores past Reading’s goalkeeper Adam Federici, center, during their English Premier League match at Stamford Bridge in London, Wednesday. A controversial late goal by Torres, who appeared to be offside before the strike, lifted Chelsea to their second successive victory of the new season when they came from behind to beat promoted Reading 4-2. Reading appeared set for their first league victory over the European champions in 82 years.[REUTERS/YONHAP]