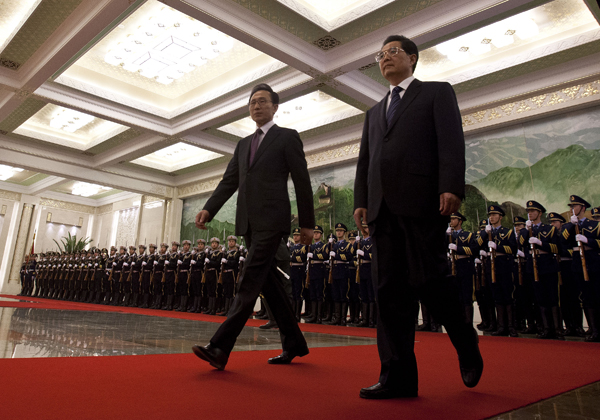 
Activist Kim Young-hwan’s recent claims that he was tortured by Chinese security officials while detained for 114 days have thrown a wet blanket on tomorrow’s commemoration of 20 years of diplomatic relations between Seoul and Beijing.

The furor over Kim’s treatment, and heightened anti-Chinese sentiment in Korea, forced the two governments to downsize celebrations planned months ahead. Only two big ones are being officially organized by the two governments: A reception in Seoul on Friday, being put together by the Chinese Embassy, and another in Beijing on Aug. 31, hosted by the South Korean Embassy.

Kim’s treatment was just the tip of the iceberg of issues the two countries have had to deal with after the momentous establishment of ties two decades ago, including disputes that trace back to ancient history, questions of China’s role in the Korean War, Beijing’s staunch support of North Korea and more mundane but chronic problems like illegal Chinese fishing in Korean waters.

Many of those problems remain today despite booming trade between the two countries, investments, cultural exchanges and masses of tourists traveling in both directions.

“The relationship between South Korea and China has developed significantly over the past 20 years,” said Lee Ji-yong, professor at the Institute of Foreign Affairs and National Security, which is affiliated with Seoul’s Ministry of Foreign Affairs and Trade. “The development in relations has at the same time given the two countries numerous tasks to mutually overcome, particularly in areas of security and diplomacy.” 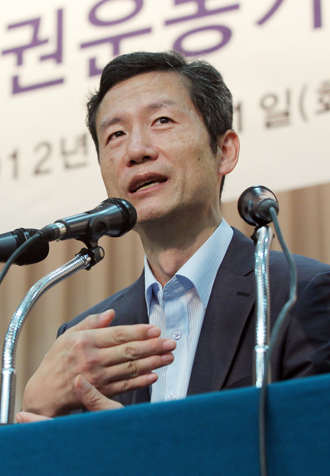 Kim Young-hwan alleges on Aug. 21 that he was tortured with electric shocks, beatings and sleep deprivation while in detention in China. [YONHAP]

The progress over the past two decades was mainly seen in the economic realm. Although Korea and China have held summits and high-level talks frequently, differences on sensitive issues such as China’s claim to an ancient Korean kingdom, illegal fishing near the Yellow Sea and concerns over North Korea, still remain.

In 2010, for example, China made a decision at the United Nations Security Council not to condemn North Korea for sinking a South Korean naval ship, which killed 46 sailors. North Korea denied sinking the Cheonan on March 26, 2010.

“The Cheonan warship incident and how China responded partly showed that there is mistrust between South Korea and China even though their relationship was upgraded to a ‘strategic and cooperative partnership’ two years ago,” said Shin Jeong-sung, head of the China research center at the Korea National Diplomatic Academy and former ambassador to Beijing. “To establish a healthy relationship in the long term, the two governments must work on increasing mutual understanding and trust.”

South Korean activist Kim Young-hwan was arrested by Chinese officials in March on charges of “endangering the country’s national security.” Kim, along with three other activists, works to help North Korean defectors. In late July, the four activists were released in response to consistent diplomatic requests made by the South Korean government. Kim later said he was severely maltreated by Chinese security officials.

Kim claimed that he received electric shocks and beatings and suffered from sleep deprivation. China has denied the allegations and dismissed Seoul’s request for an investigation into the case. In response, Kim and his supporters are planning to raise the Chinese human rights issue at the United Nations with support from the Foreign Ministry and the National Assembly.

Another problem between the two countries is China’s distortion of the history of Korea’s ancient kingdom of Goguryeo (37 BC to 668). China has launched a so-called “Northeast Project,” and Korea sees it as an attempt to incorporate the Korean history of Goguryeo into its own history.

In June, tension over history grew when China’s State Administration of Cultural Heritage announced that the famous Great Wall of China was actually 21,196.18 kilometers (13,170 miles) long, more than twice the previous estimate. China said that a new survey showed that the Great Wall reached into Korea’s old northern kingdoms, sparking criticism from the Foreign Ministry and scholars here.

The Foreign Ministry called the claim “a distortion of Korean history” and said it would respond after studying China’s claim.

There are also territorial disputes, including disagreement over the limit line of the countries’ respective exclusive economic zones (EEZs). That dispute is expected to percolate again when South Korea submits a claim to the UN Commission on the Limits of the Continental Shelf within this year. China lays claims to Ieodo, an island effectively controlled by South Korea, which lies in the overlapping part of the two countries’ EEZs. South Korea has an observation station there, which symbolizes effective control of the territory.

Some of the thorny issues still being debated were anticipated when the two countries established formal ties on Aug. 24, 1992, officially ending decades of cold war enmity. During the Korean War (1950-53), which began after the North attacked the South, China sent troops to fight on North Korea’s side, while the United States sent troops to support South Korea.

Before signing the official joint statement, South Korea and China underwent months of negotiations, which involved sorting out sensitive matters involving Taiwan and North Korea. South Korea had built close ties with Taiwan, while China was a close neighbor and ally of North Korea. China requested that South Korea “respect the Chinese position that there is but one China and Taiwan is part of China,” while South Korea in return asked China to “support peace in the peninsula.” In the end, South Korea and Taiwan had to suspend relations.

In principle, China sticks to a position backing peace on the peninsula, but South Korea knows China almost always supports the North.

Both South Korea and China felt the necessity of forging diplomatic ties in the early 1990s. President Roh Tae-woo had pushed forward a northern diplomacy policy after Seoul hosted the 1988 Olympics. The policy led South Korea to reach out to traditional allies of North Korea, including China, with an aim to improve the South’s economy. The policy was also aimed at isolating North Korea so that it would drop its nuclear weapons ambitions. China was reforming its economy and wanted business ties with South Korea.

“The establishment of Korea-China diplomatic relations was a historic achievement based on Deng Xiaoping’s practical philosophy [on economic stability and China opening up to the outside world] and President Roh Tae-woo’s northern diplomacy strategy [in reconciling the peninsula],” said Kwon Byong-hyon, former ambassador to Beijing. 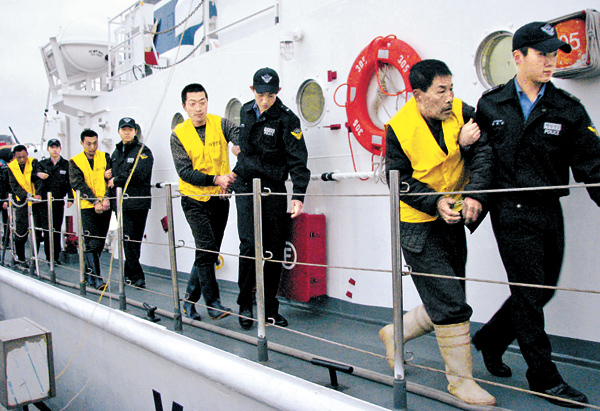 Since normalizing relations, South Korea and China have built partnerships in various sectors. The most noticeable was in business.

“China is our largest and closest economic partner,” said Lee Sei-kee, chairman of the Korea-China Friendship Association. “Korea was able to overcome the 2008 global financial crisis relatively quicker than other countries because many Korean companies were able to depend on the Chinese market.”

As of 2011, China became South Korea’s largest trade partner and the total amount of trade with China has exceeded trade with the United States and Japan combined. South Korea is China’s third-largest trading partner after the U.S. and Japan.

In 1992, bilateral trade was a meager $ 6.38 billion, which last year skyrocketed to $ 220.6 billion. Twenty years ago, Korea had a trade deficit with China of 1.07 billion won, but last year, Korea had a trade surplus of 47.7 billion won. Major Korean business groups, including Samsung and Hyundai, have been expanding their investments in the neighboring country to take advantage of cheap labor costs while an increasing number of Chinese have been investing in Korea’s real estate market.

In January, President Lee Myung-bak met with his Chinese counterpart Hu Jintao and agreed to facilitate the start of free trade talks between the two countries. The first round of official talks between South Korea and China was held in May.

“Korea and China need each other now more than ever, especially following the euro zone crisis and the slowdown of economy in the U.S.,” said Kim In-kyu, economics professor at Peking University.

In 1992, there were only 130,000 people traveling between Korea and China. Last year, there were $6.4 million. A total of 4.2 million Koreans visited China last year, while 2.2 million Chinese visited Korea. There are 52 regular flights between the two countries.

According to the Institute of Foreign Affairs and National Security, more than half of the foreign students studying in Korea are Chinese and one-third of foreign students in China are Koreans.

Experts say bumps in bilateral ties can be dealt with by holding more face-to-face dialogues to establish a basis of mutual trust.

“To build more trust, South Korea and China should recognize each other as true partners and not competitors,” said Kim Heung-gyu, a professor at Sungshin Women’s University.

Lee, chairman of the Korea-China Friendship Association, also suggests the government succeeding President Lee Myung-bak’s should prepare for the changes in China’s leadership from the current incumbent president Hu Jintao to Xi Jinping in March next year.

“The 10 years of the Xi Jinping leadership will be a great challenge for Korea and we should get ready by studying and researching the country under his leadership,” Lee said.