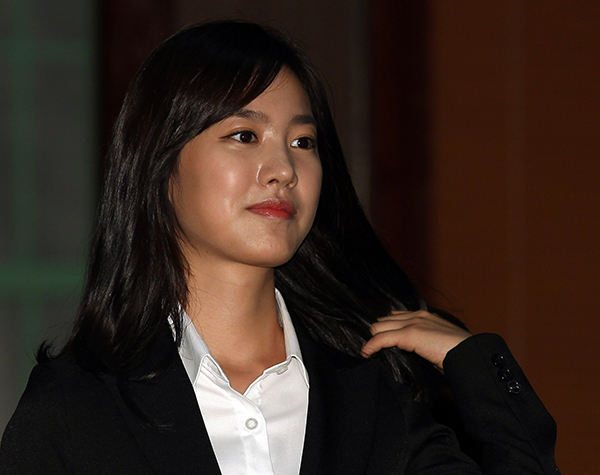 The rumor mill has proved to be bang on the money as actress Jin Se-yeon has taken over the role that was originally to be played by T-ara’s Eunjung on the TV drama “Five Fingers.”

SBS said on Friday that Jin has already joined the cast and started filming on Thursday at a culture center in Bupyeong, Incheon.

Jin will play the role of Hong Da-mi, a bubbly pianist who forms part of a love triangle with two brothers. Her first appearance will be in fifth episode on Saturday.

The SBS weekend drama began airing on Aug. 18 and just a week in, the network decided to part ways with Eunjung to meet advertisers’ demands.

T-ara has been making headlines recently as another member, Hwayoung, was ditched by the band. The scandal apparently did not sit too well with those companies paying to have their products displayed on the show.

Eunjung’s friend, director Cha Eun-taek showed sympathy for the star online by tweeting, “I heard she even purchased a piano to practice on [for the role].”