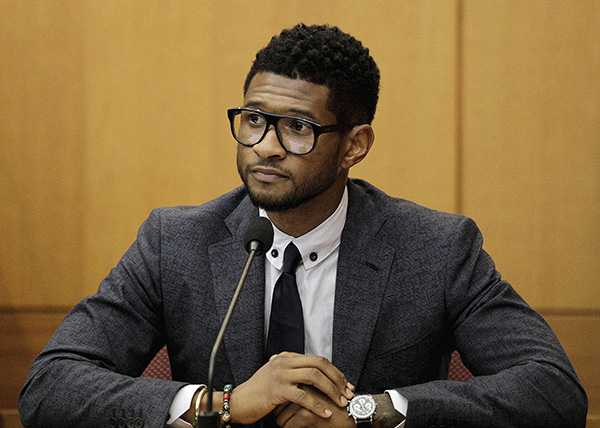 Fulton County Superior Court Judge Bensonetta Tipton Lane ruled that the singer, 33, will have primary custody of 4-year-old Usher Raymond V and 3-year-old Naviyd Ely Raymond, according to Cherrise Boone, spokeswoman for the court clerk’s office. His custody will start Saturday. Boone said Usher and his ex-wife Tameka Foster Raymond will have joint legal custody. The type of visitation hasn’t been determined yet for Tameka Raymond.

Usher, whose real name is Usher Raymond IV, married Tameka Raymond in 2007. They divorced two years later. He said the couple had been separated since July 2008 and claimed there was “no reasonable hope of reconciliation’’ and the marriage was “irretrievably broken.’’

In May, Usher testified that Tameka Raymond spit at and tried to fight with his girlfriend during one visit and that his ex-wife hit him during the dispute. He said he didn’t press charges because: “I didn’t want the boys to know that their father put their mother in jail,’’ he said.

Tameka Raymond’s attorney claimed that Usher provoked her client and that his account is exaggerated.

The custody decision comes after Tameka Raymond’s 11-year-old son Kile Glover died last month after he was critically injured in a boating accident. The boy was run over July 6 by a personal watercraft on Lake Lanier northeast of Atlanta, according to the Georgia Department of Natural Resources.