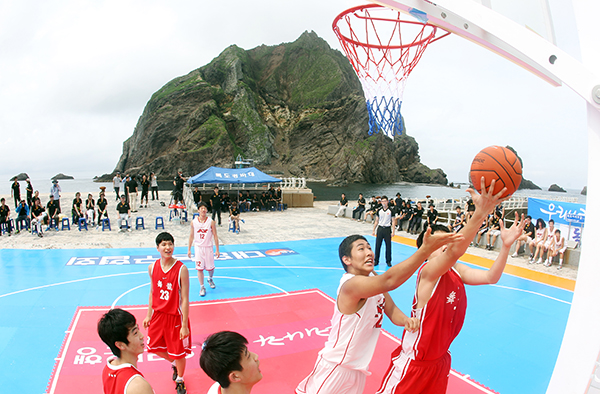 Korea’s governing body of basketball held basketball games on Dokdo on Saturday amid heightened tensions sparked by Japan’s claim to the easternmost Korean territory. Players from four high schools formed teams and engaged in three-on-three friendly matches against guards stationed on the rocky islets, according to the Korea Basketball Association. [YONHAP]