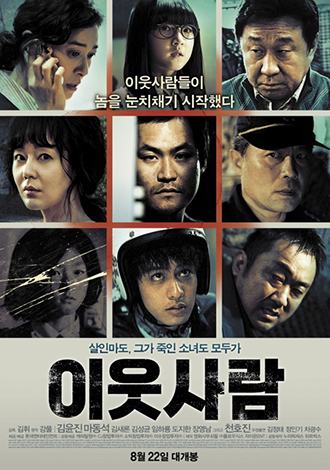 Just five days after being released, “My Neighbor” has exceeded one million views.

The film, starring Hollywood actress Kim Yun-jin, opened on Aug. 22, and according to statistics provided by the Korea Film Council on Aug. 27, over the weekend the movie drew a crowd of 782,229. The cumulative view count stands at 1,095,754.

Despite the fact that the film is rated R19, the thriller is a popular pick among cinemagoers. It has even taken the place of “Nameless Gangster,” which also exceeded a million views in its first week. Its total was 1,095,227.

In the same weekend, the second most-watched movie was “Gone with the Wind,” with Cha Tae-hyun. In third place was “The Thieves,” which keeps breaking records. Its view count stands at 12,095,090.